Turkey joins United States, France on list of countries with troops in Africa 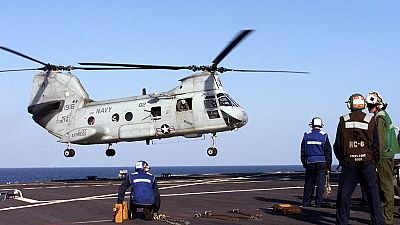 <p><strong>France’s president last week urged the United States not to reduce its military presence in Africa, arguing that the war against terrorism is far from over.</strong></p> <p>France and the United States among the over 10 foreign countries that have either deployed troops or established military bases in different African countries.</p> <p>From protecting interests in resource-rich African countries, to fighting terrorism and piracy, controlling immigration and securing optimal bases to influence geopolitics, different countries advance different reasons for maintaining a military presence on the continent. </p> <p>Most of these troops and bases can be found at the twin hotspots of Sahel and the Horn of Africa. The Africa director for the International Crisis Group, Comfort Ero explains that this is so because ‘it’s where Europe touches Africa, and where Africa touches the Middle East’.</p> <p>In this article, we’ll explore why the United States and France have the most troops on the continent, and how African nations including the African Union perceive the subject.</p> <h2 style="font-size:16px;">Troop deployment</h2> <p>The United States has 7,000 special forces on rotation in Africa carrying out joint operations with national forces against jihadists, in addition to another 2,000 soldiers are conducting training missions in some 40 African countries. It however wants to reduce these deployed troops in order to focus more on responding to the threats posed by Russia and China.</p> <p>France has at least 7,550 military personnel spread across the continent engaged in various missions, notably the 4,500-strong military presence in the Sahel region. After 13 French soldiers were killed in a helicopter collision in Mali last month, Macron pledged to send another 200 soldiers to the Sahel after he got public sympathy from different Sahel leaders. </p> <p>Turkey became the latest country to deploy troops on the African continent, even as its intervention was criticised by the United States and Egypt among others.</p> <h2 style="font-size:16px;">Military bases</h2> <p>Djibouti which lies on the Bab-el-Mandeb Strait, is a waypoint between Africa, India, and the Middle East. It’s strategic position is the reason it hosts a record seven armies and most of the Horn of Africa’s 11 military bases.The United States, China, France, Japan and Saudi Arabia have military bases which account for more than $300m annual revenue fir the former French colony.</p> <p>The United States base in Djibouti has been used for drone operations in Somalia and Yemen, while the United Arab Emirates has used its Assab base in Eritrea for operations in Yemen.</p> <p>France also has bases in Chad, Ivory Coast and Gabon, while Indian’s has operational bases in Madagascar and Seychelles as it seeks to protect its commercial interests in the Indian Ocean.</p> <p>While Camp Lemonnier in Djibouti is the United States’ only permanent military base in Africa, it has over 30 known outposts across the continent including in Uganda, South Sudan, Senegal, Niger, Gabon, Cameroon, Burkina Faso and the Democratic Republic of Congo (<span class="caps">DRC</span>).</p> <p>Turkey established its first overseas military base in Somalia, while the United Kingdom maintains one in Kenya.</p> <h2 style="font-size:16px;">Africa’s perspective</h2> <p>Many African governments are open to the idea of hosting foreign military bases for several reasons including the support many need to fill security gaps. Economic gains also play a significant role, as well as bilateral military agreements signed after independence. Foreign troops also play a significant role in securing friendly regimes. </p> <p>The African Union through its Peace and Security Council has tasked member countries to proceed with caution as they enter into agreements with foreign powers over military presence.</p> <p>In recent months, the populace in several Sahel countries including Mali, Niger and even in <span class="caps">DRC</span> have expressed their growing frustration with the presence of foreign troops. There have been local demonstrations against France’s military presence in Mali while civil society organisations in Nigeria have previously organised protests, chanting ‘French, American and German armies, go away!’</p>