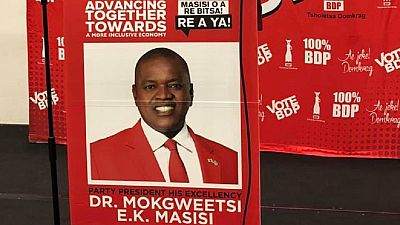 Judges in Botswana have dismissed more than a dozen opposition challenges to the recent parliamentary elections, saying they failed to prove allegations of fraud.

Just one case remains after the others were dismissed Monday and Tuesday. It will be decided next month.

The opposition challenges had sought to nullify the October elections in which the ruling Botswana Democratic Party won enough parliament seats to keep President Mokgweetsi Masisi in power.

The lawyer for the ruling party representatives, Basimane Bogopa, said they feel vindicated.

One opposition candidate whose petition was dismissed, Nelson Ramaotwana, said the choice now is to appeal or to “go to the people.”