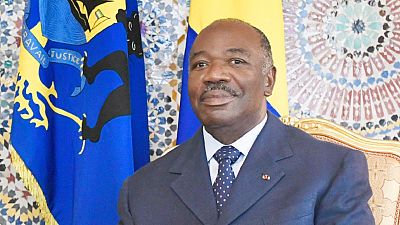 <p><strong>Authorities in Gabon this week arrested eight people who are suspected of theft and money-laundering in what is seen as follow-up to Operation Mamba, an anti-corruption campaign launched in 2017 by President Ali Bongo, who has been battling serious illness.</strong></p> <p>The revived anti-graft drive has seen a string of top-level arrests in the central African country, as accusations that millions of euros have disappeared from state coffers swirl around top officials.</p> <p>“Eight people have been placed in preventive detention,” Gabon’s prosecutor Andre Patrick Roponat said on Thursday, adding that they were accused of “siphoning off public funds and money-laundering.”</p> <p>The group appeared before a judge on Wednesday along with eight others who were released on bail, Roponat said.</p> <p>Pro-government newspaper L’Union reported this week that more than 85 billion <span class="caps">CFA</span> francs ($142 million) have “evaporated” over the past two years from the funds of the Gabon Oil Company.</p> <p>60-year-old Bongo said last month he was “fiercely determined” to push ahead with the campaign against graft.</p> <h2 style="font-size:16px;">Political witch-hunt?</h2> <p>One high-profile political figure embroiled in the affair is Brice Laccruche Alihanga, Bongo’s former cabinet director who took the lead and spoke for the president after he suffered a stroke in 2018.</p> <p>Laccuruche had held his cabinet post for more than two years but was dismissed on November 7, at the start of a wave of arrests.</p> <p>He has announced on social media that he will undertake a new mission for “the president and for Gabon”.</p> <p>Earlier this week, lawyers told <span class="caps">AFP</span> that presidential spokesman Ike Ngouoni and a dozen others were arrested and questioned over their ties to Alihanga.</p> <p>The lawyers also insist that “there is a political vendetta” in the current process, a claim the country’s Prime Minister refutes.</p> <a style="font-size:16px; font-color:yellow;" href="https://www.africanews.com/2019/11/26/spokesman-of-gabonese-presidency-detained-in-corruption-probe/"target="_blank"><span class="caps">READ</span> <span class="caps">MORE</span>: Spokesman of Gabonese presidency detained in ‘corruption probe’</a> <p>During his months-long absence abroad for treatment, speculation over Bongo’s fitness surged and the army quashed a brief attempted coup.</p> <p>Bongo has ruled Gabon since 2009, following the death of his father Omar Bongo, who was in power from 1967.</p> <p><strong><em><span class="caps">AFP</span></em></strong></p>