Official results from the elections body in Namibia shows that incumbent President Hage Geingob is coasting to a first round win in the presidential vote whiles his SWAPO party are also leading in the legislative vote.

The Electoral Commission of Namibia’s results platform reports that with about 15% of results left to be tabulated, Geingob had grossed over 59% of votes. His closest challenger is Itula Panduleni Filemon Bango, a former SWAPA member who run on an independent ticket.

The dentist by profession has polled over 29% of the votes tabulated so far, winning two regions. Venaani McHenry who leads the main opposition Popular Democratic Movement is in third place with 5% of votes. 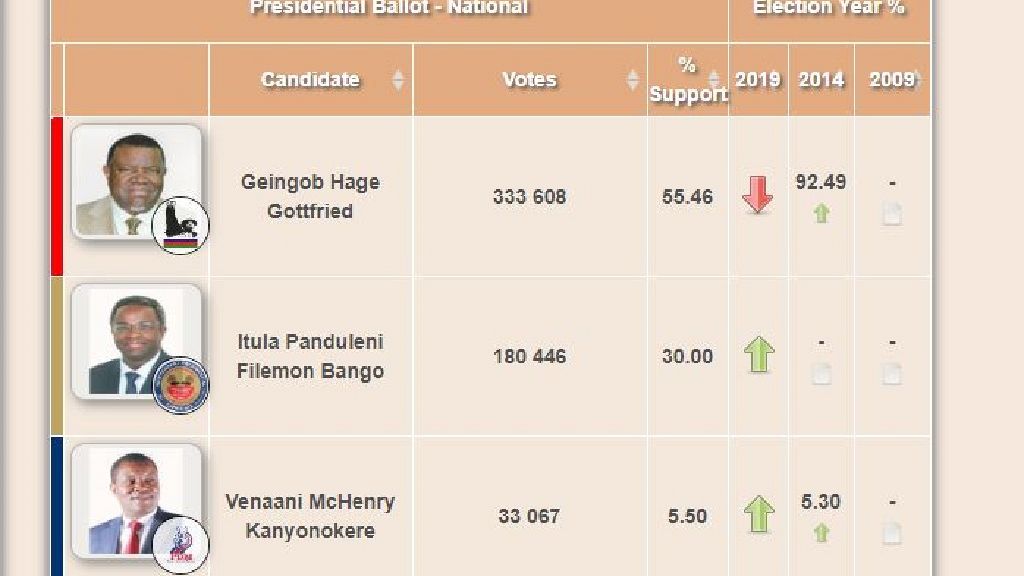 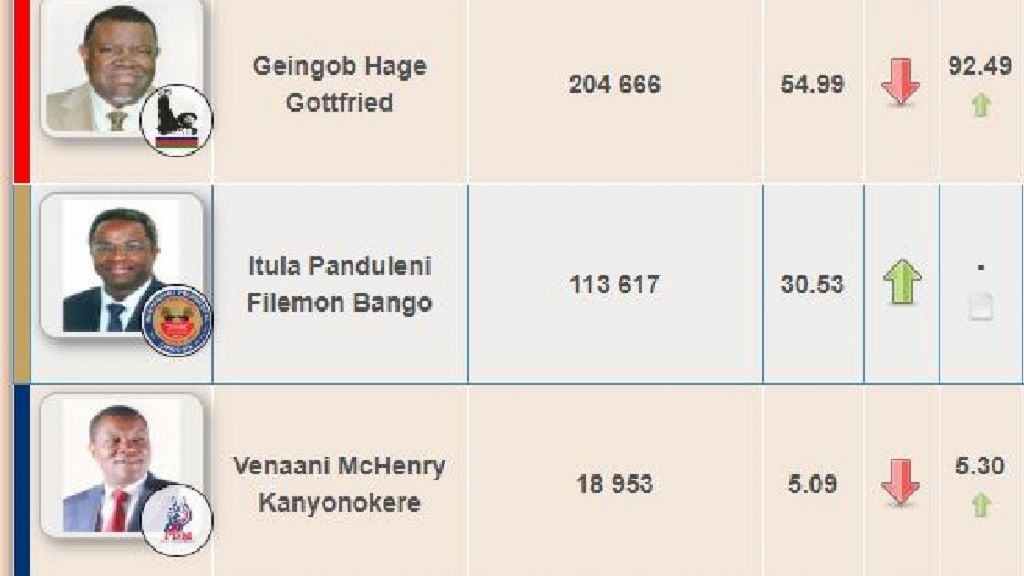 Polling stations closed in Namibia across the country following presidential and national assembly elections on November 27.

Barely 24-hours on, people are patiently waiting for initial results from across the voting centers and constituencies.

The Electoral Commission of Namibia in their media briefing after polls closed said it was satisfied with the conduct of the entire process despite admitting that there were issues that were dealt with.

Head of the ECN secretariat said 91% of polling stations were operational as expected whiles its team worked to resolve where there were challenges that subsequently allowed the process to proceed.

Only a few hours left to cast your vote in the 2019 Presidential and National Assembly Elections! Watch the livestream below for the latest update on the voting process. #ElectionYear19 #NamibiaVotes19 https://t.co/3gYxy5QsKg

But for others, the challenges of voting day were issues that needed to be looked at, from of hours-long queues and endless delays all in a bid to cast their vote.

Thousands of Namibians voted in general elections that analysts project will confirm the ruling party’s control of the country since 1990, despite the population’s growing grumbling against and economic crisis and corruption.

“We don’t know now the system of the EVMs (electronic voting machines) if it is the one failing us, but people are complaining,” an aggrieved voter said.

“I’ve been here since 1pm and as you can see the line is not moving. I don’t understand they closed down at some point and they said that the would open at 5 o’clock – 5 o’clock I was here but it was still closed,” another added.

The Southern African nation is the first African country to use Electronic Voting Machines during a general election.