The colourful corridors of the festival this year featured the work of around 50 international and regional galleries.

One of the highlights of this year’s event, an initiative called After Dark allowed art lovers to take remote control of a camera-equipped robot and visit the exhibits during the afterhours. 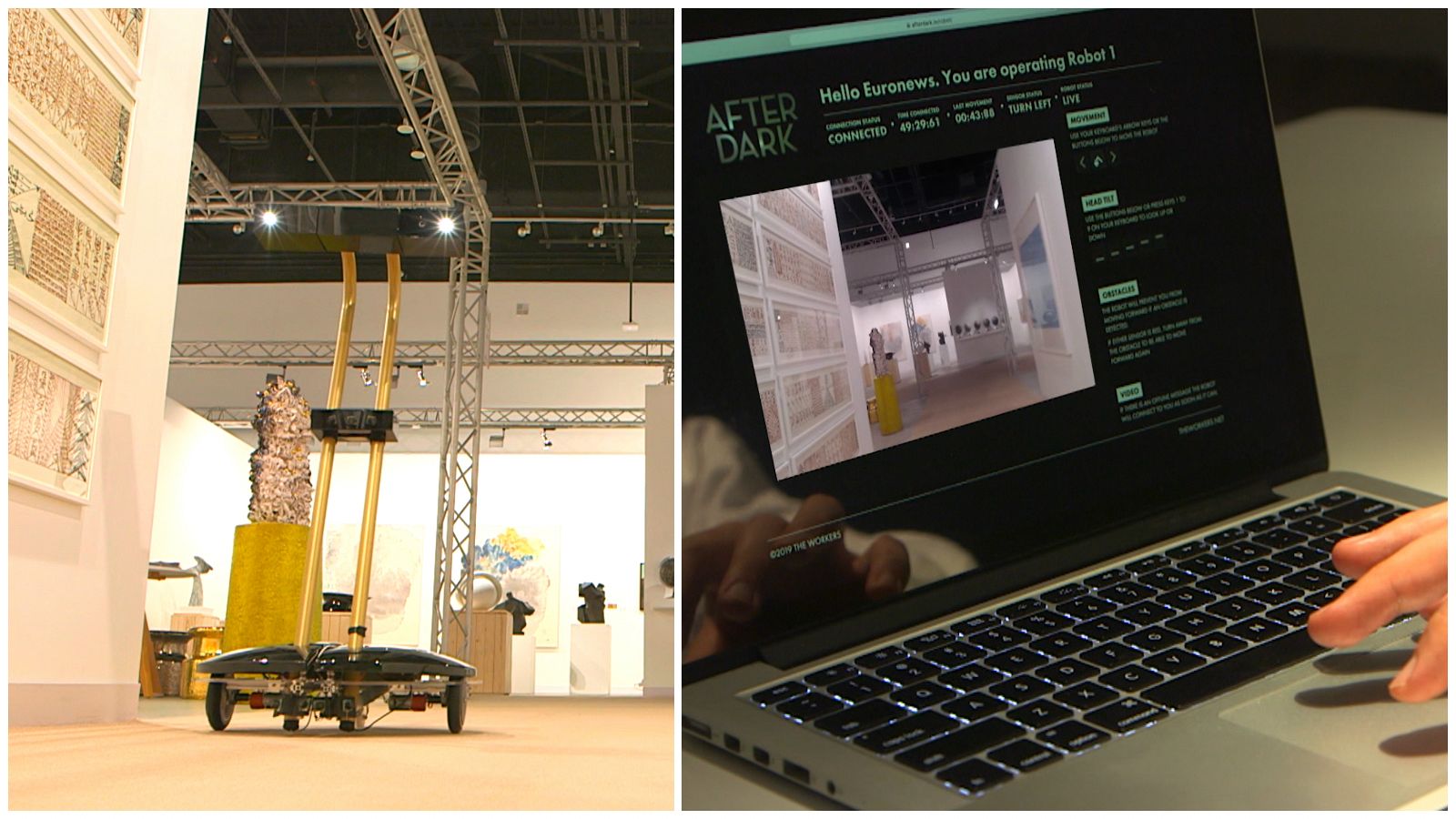 FROM ARGENTINA TO ABU DHABI

Established conceptualist, Leandro Erlich from Buenos Aires, was in town to discuss his creation called ‘The Heart of Water’.

The piece, which was commissioned as part of Abu Dhabi Art’s 2019 Beyond programme, is on display to the public in Abu Dhabi’s Al Ain Oasis. 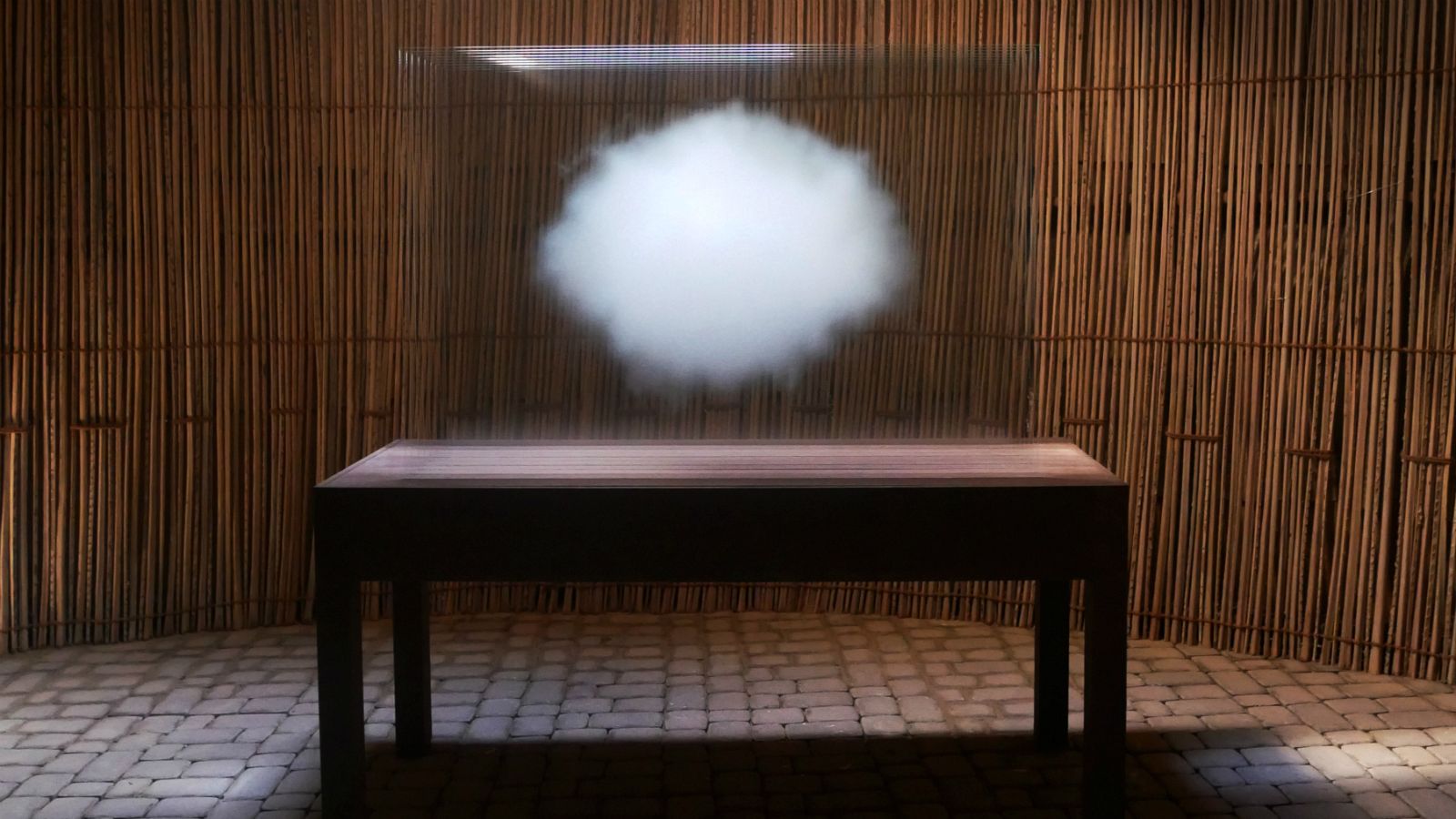 The installation captures clouds in a clear frame, made possible by 12 panes of printed glass being placed back-to-back.

The artwork is the next chapter of similar designs which Erlich has displayed in countries from Europe to the Far East in recent years. 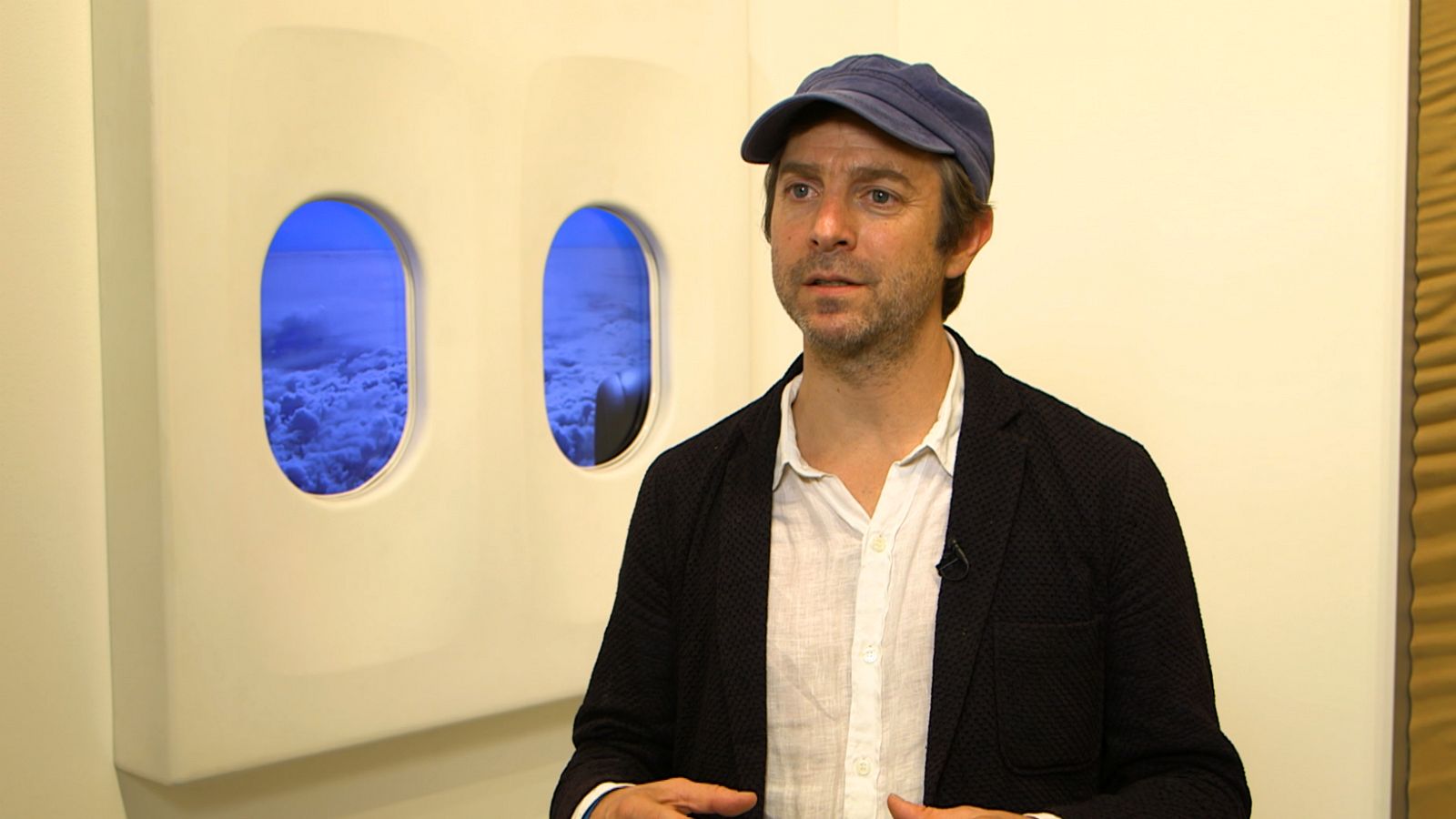 “I have built a sort of nest that is holding inside that cloud,” he told Inspire Middle East. “I found I wanted to create something poetic in relation to the desert. I like the idea of questioning the world we live in. I like the idea of pushing for a critical sense to create awareness and eventually to not take things for granted.”

The 46-year-old artist is best known for his gravity-defying ‘Bâtiment’ installation and his optical illusion piece, ‘Swimming Pool’. 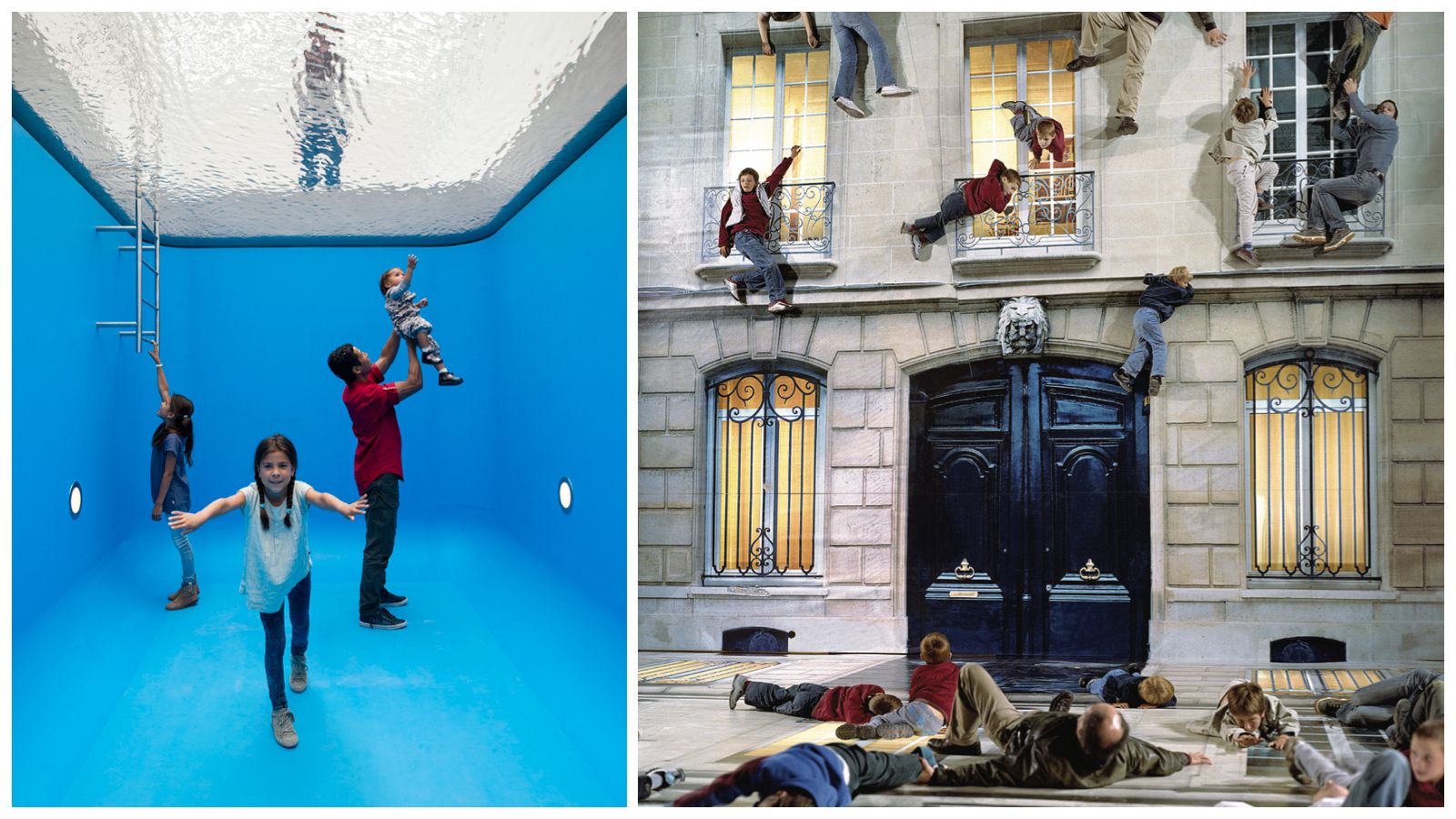 Another major attraction this year at Abu Dhabi Art was the respected French-Tunisian artist El Seed.

On view was his project called ‘The Journey’, which was a collaboration with the social enterprise group 81 Designs. Alongside refugee women and children from Ain El-Hilweh camp in Lebanon, El Seed painted murals with messages of hope and peace. 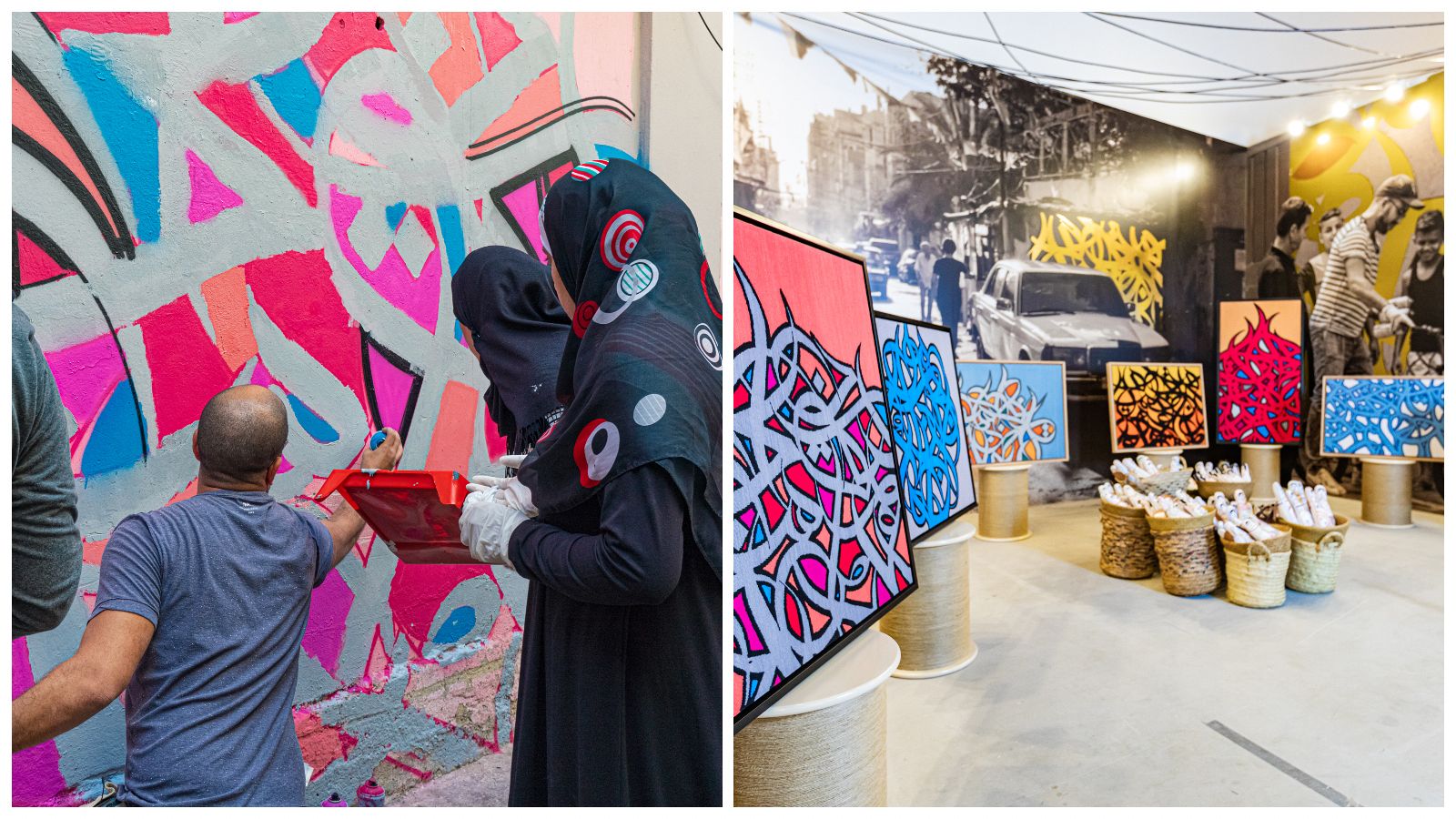 ‘The Journey’, El Seed’s collaboration with 81 Designs, involved painting murals in a refugee camp in Lebanon (left) and the crafting of traditional Palestinian embroidery pieces (right)

It’s the latest in a long list of global projects for the UAE-based 38-year-old, whose trademark is to use Arabic calligraphy to spread messages of humanity, unity coexistence.

His work has been displayed worldwide, from the favelas of Rio de Janeiro to the façade of L’Institut de Monde Arabe in Paris. 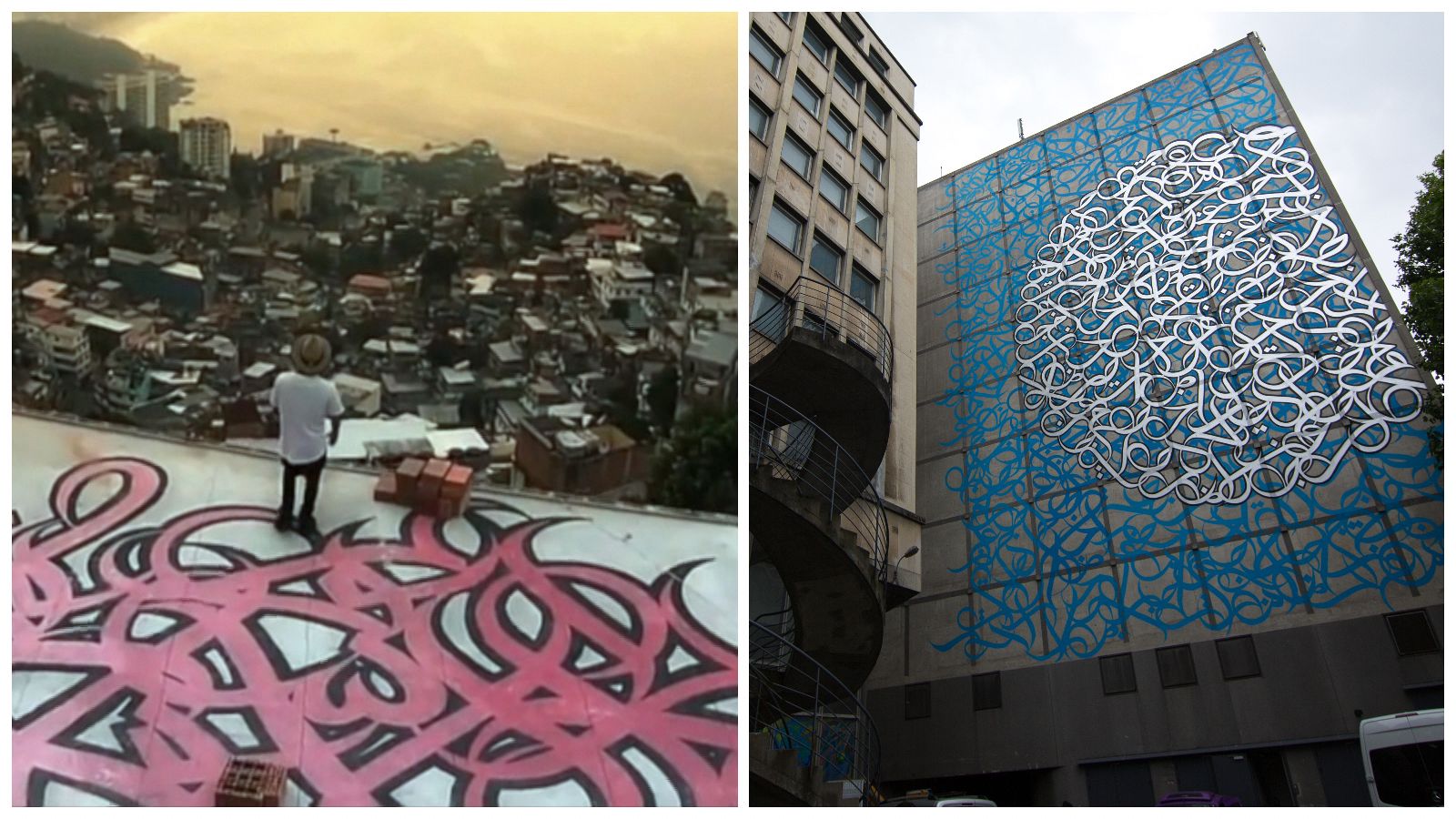 Another landmark project was ‘Perception’, which saw his calligraffiti adorn almost 50 buildings in Cairo’s segregated, Copitc community of Zaraeeb, known as the city’s garbage collectors neighbourhood.

The art, and its artist, made such an impression, that the underprivileged community took El Seed into its homes and into its hearts. 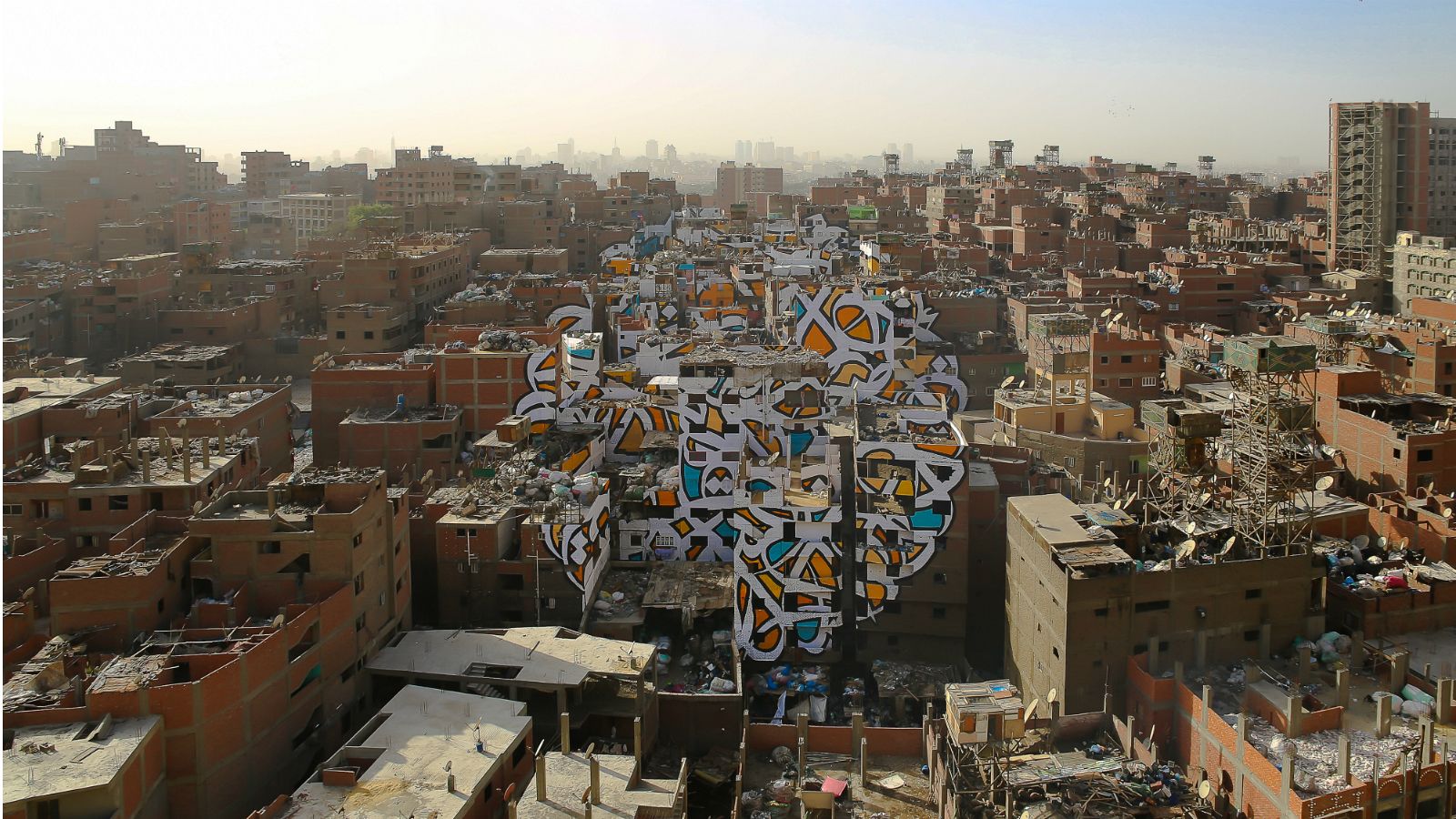 Rebecca: You’ve always believed that art can spark political change and also spark a conversation. So, what’s the message that you hope people will take away from your latest project, ‘The Journey’?

El Seed: For me, art is a pretext. You use art to go to places that you wouldn’t usually go. For me, it’s important to do this kind of project to show that today in 2019, we still have people living in refugee camps, and living in such a difficult condition.

I mean, this camp was opened in 1948. And when you see a thousand people living in two square kilometers, you just feel that you need to raise awareness and show that this is still happening.

Rebecca: Born in France, you came to identify strongly with your Arabic roots when you were aged 18. Expanding upon that, your art is born out of something of an identity crisis. Explain the journey to me.

El Seed: I think I felt disconnected. I felt I needed to choose between being French or being Tunisian. I ran into my Arabic identity because I looked physically more Arab than French, and then slowly I was digging more into Arabic culture and learning. And then I discovered calligraphy and then bringing it to my graffiti. Back in the day, I realized that I would never be able to do what I do today, if I wasn’t French as well. 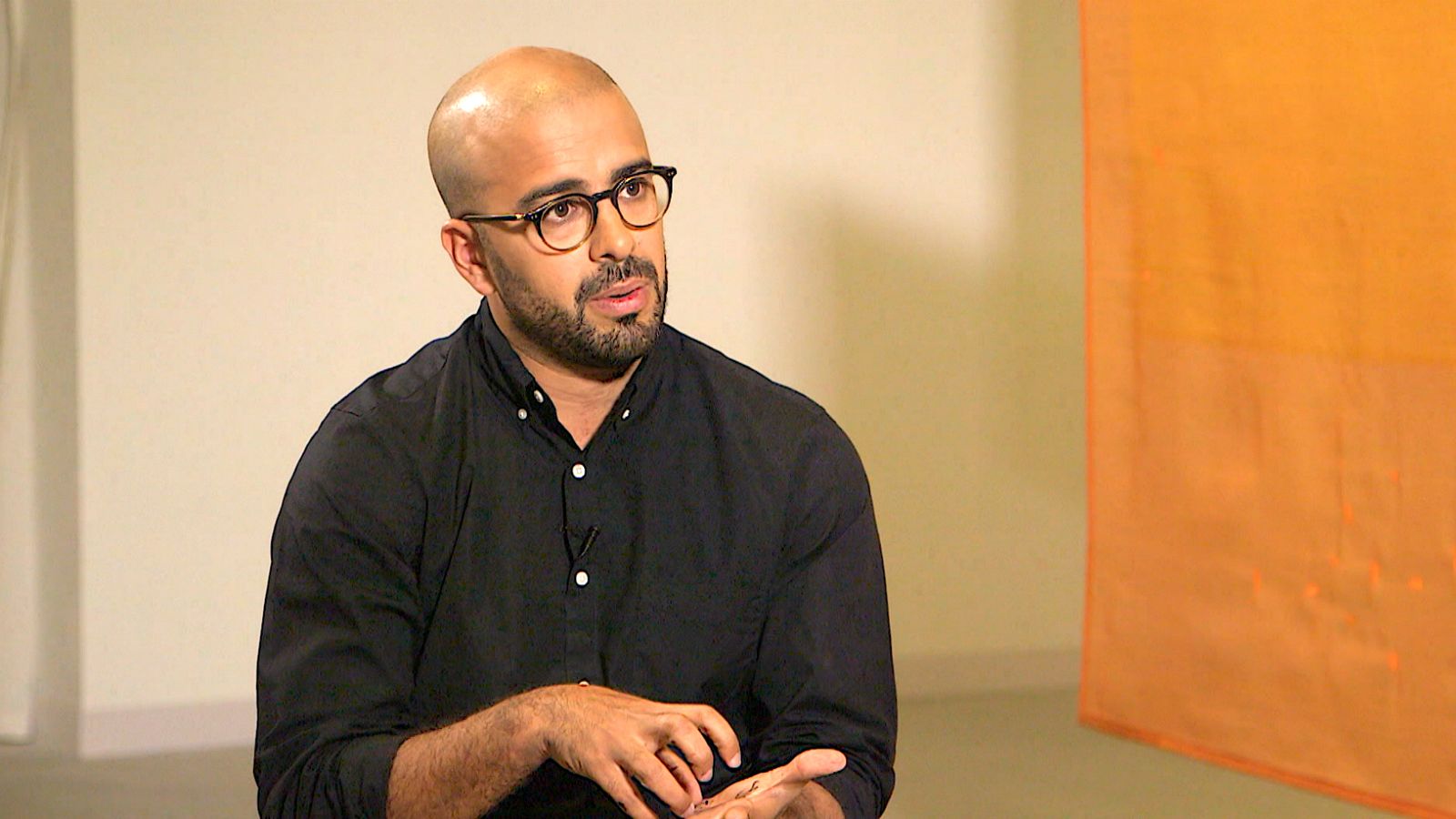 Rebecca: Why is it important for you to use calligraphy rather than motifs, block colours, or any other art forms, for example?

El Seed: I think, you know, there is more depth. It’s not straight in your face. You invite people to try to understand. So, I always see like three layers in my work. There’s the aesthetic part – people might like or not.

The second is the message – so, every time I paint something, I write the message in Arabic and I relate it to the place where I’m painting. So, for example, in Brazil, I painted a Portuguese poem.

Arabic calligraphy, for me, has this power to reach the soul before we reach the eyes. And even if you don’t speak Arabic, or don’t understand it – even if you don’t have any link with the Arab world – you will still find a connection and feel an emotion.

Rebecca: Making friendships and experiencing human kindness is often a consequence of your work. As too, are endless cups of tea. Tell me about your experiences in that regard.

So, the first one I drank it. The second one, you get surprised, as you just had one before that, but you take it and keep going.

And once in Algeria, I was painting, and I was on the seventh floor of a building. A small window opened, and the woman said, “My son, did you have lunch?” I said, “No, I will eat later.” And then she just gave me a big plate of couscous. Like yeah, that was super cool.

Rebecca: It’s rude to say no, of course. Right?

El Seed: Yeah, you cannot say no. So, we spent so much time drinking tea, you know. But it was a way, I think, for the community to show me and my team that they accepted us, and we stay in touch with them. 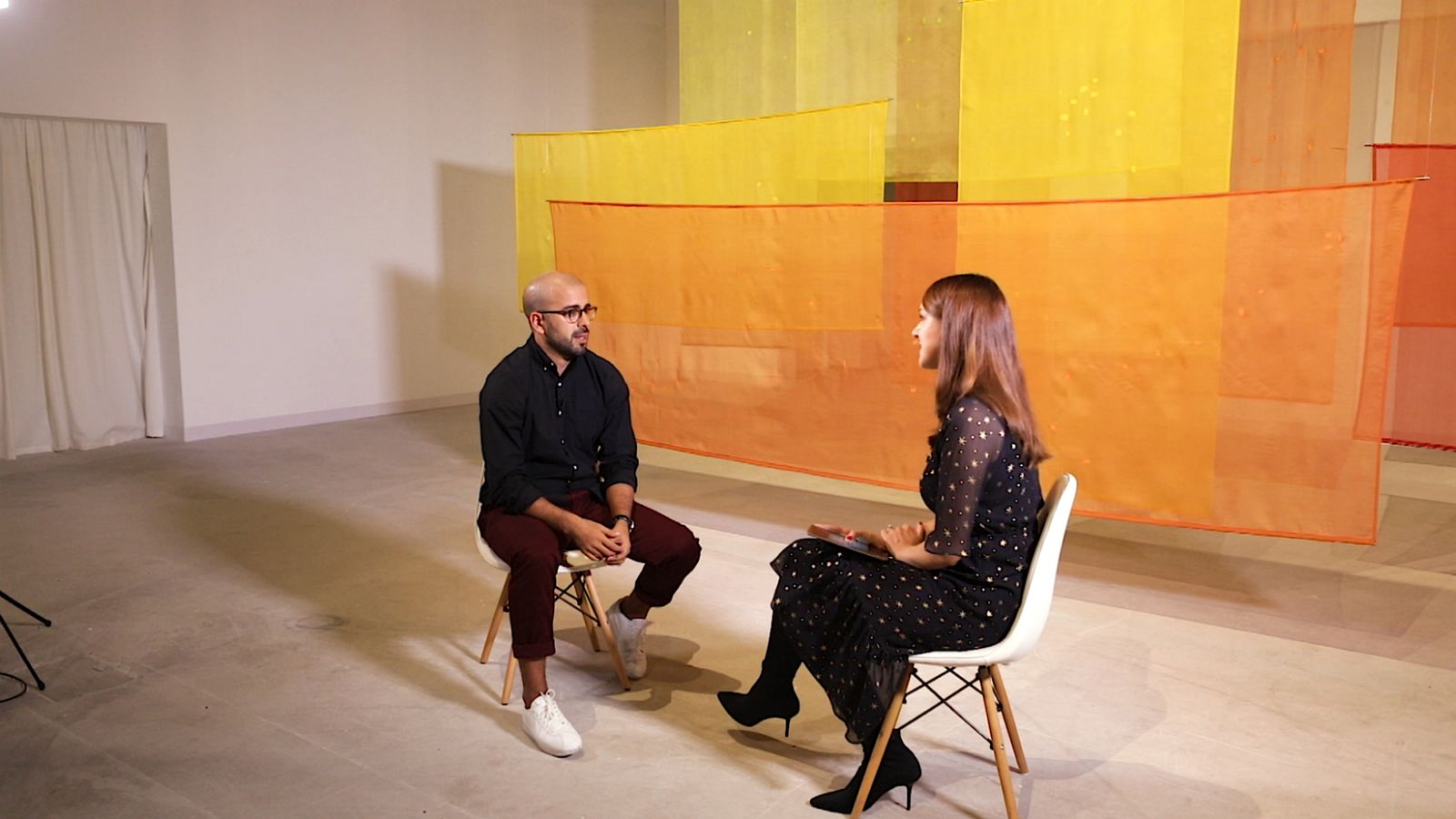 Rebecca: But with your artwork, and not least the project in Cairo you referenced, there is an impermanence to it. Buildings are already going up in front of some of your murals. Some of your artwork has been erased, deleted or destroyed. How do you feel about the temporary nature of your art?

El Seed: I think the essence of my art is ephemeral. So, I create it for the moment and today we have the technology to capture it. So, I document all my projects it’s part of it. Me, I’m not here to stop life. Life goes on. So, I paint, and then there was a moment to capture it. The art piece was here. And then people keep building, the paint can crack, and somebody can tear down the building. And that’s part of it. I love it. For me, that’s the poetry of what I do.

Rawan from Syria snapped this El Seed mural in Bahrain, musing that the buildings have something to say.