The 38thedition of the Sharjah International Book Fair was held from October 30th until November 9th 2019.

Hosted by the emirate of Sharjah, UNESCO’s World Book Capital for 2019, SIBF took place under the banner of, “Open books, open minds.”

The gathering featured more than 1.5 titles and some of the biggest names in regional and international literature and entertainment, including US comedian, and author of Act Like a Lady – Think Like a Man, Steve Harvey.

Addressing a full house was the Turkish academic, novelist and 2006 Nobel laureate for literature, Orhan Pamuk.

The 67-year-old, who has sold more than thirteen million books in sixty-three languages, described writing as his quest for truth and peace of mind.

“I write because I have never managed to be happy,” said Turkey’s best-selling author, “I write to be happy.” 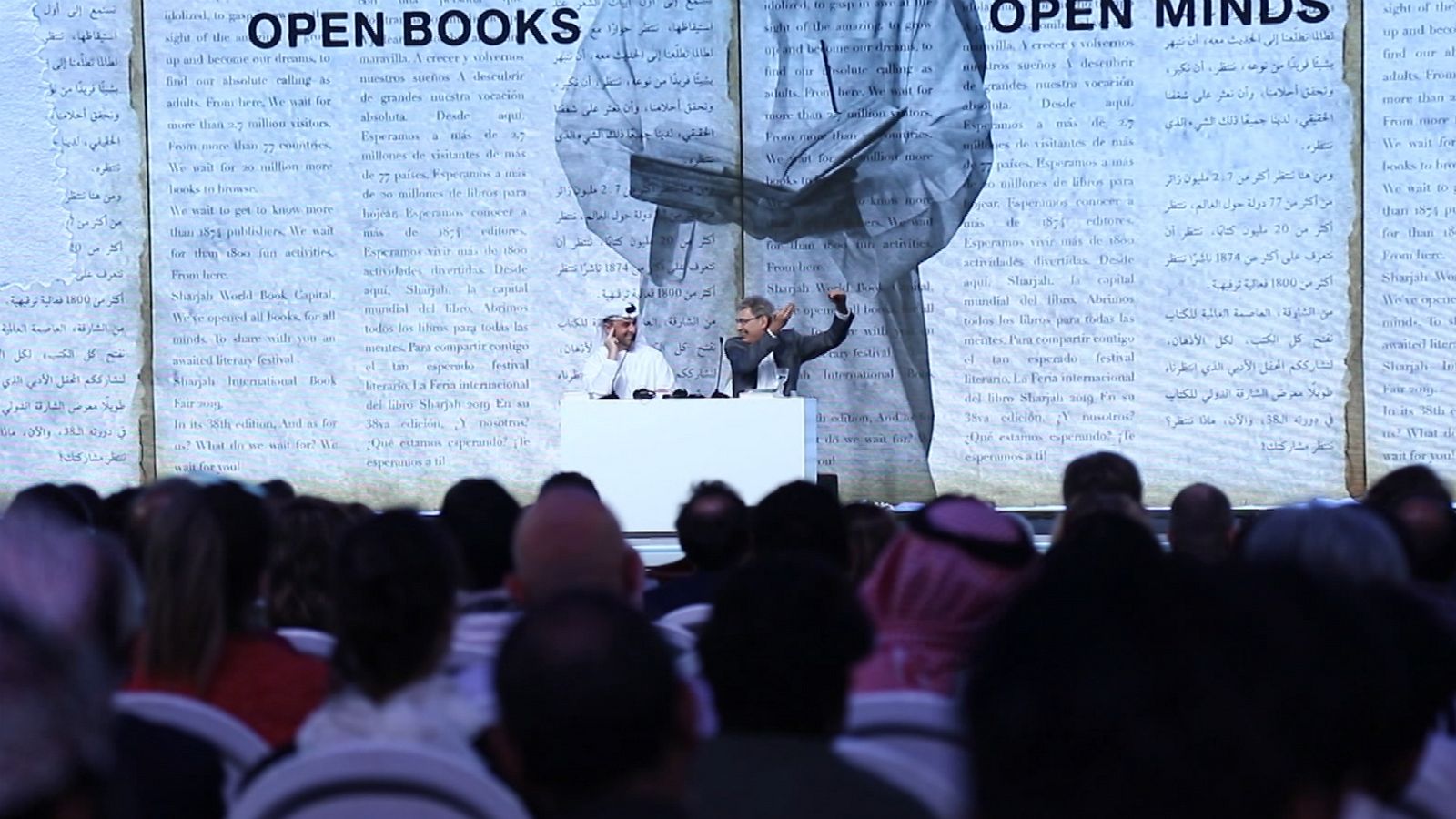 Tasked with interviewing Pamuk was Emirati writer and diplomat Omar Saif Ghobash, who served as Ambassador to France and Russia before becoming an assistant Minister for Culture and Public Diplomacy.

He’s a UK-educated, multi-lingual, extensively read and widely travelled diplomat, who is known for his moderate views on religion.

Omar himself is also an author, who penned the successful book Letters to a Young Muslim, reflecting on what it means to be a Muslim in today’s society.

In support of the written word, and in honour of his late father – who was the UAE’s first foreign affairs minister and was assassinated when Omar was just six-years-old – Ghobash and his family have long sponsored a prize for Arabic Literary Translation.

To hear more, on the sidelines of the book fair in Sharjah, Rebecca McLaughlin-Eastham sat down with the thought leader. 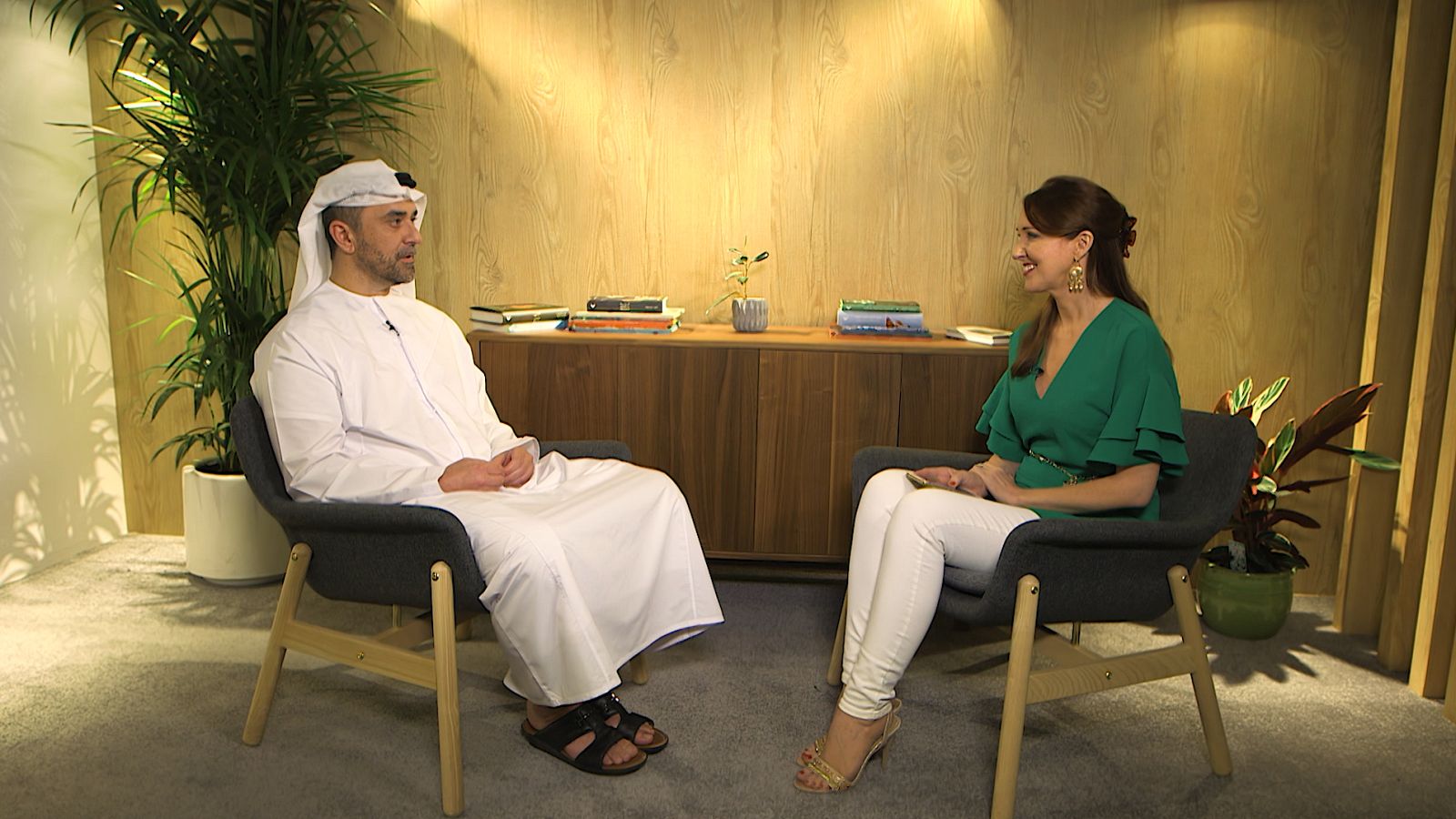 Rebecca McLaughlin-Eastham: We sit here at the Sharjah International Book Fair, let me ask you, what has been your key takeaway so far?

Omar Saif Ghobash: I had the good fortune to be moderating a discussion with the Nobel Prize winner, Orhan Pamuk. And it’s really a remarkable opportunity to have something like that, somebody of that calibre, in the emirates and at the Sharjah book fair.

Rebecca: Talk to me about truth. How much freedom do you feel that you have, as an Emirati, when writing about politics and even religion?

Omar: I pose the question of how much should a writer stick to the idea of speaking truth to power? And whether as a writer, it might be a better idea to speak some truth to power, and a lot of truth to oneself.

There are pragmatic considerations. If you want to continue being a writer, a writer can be stigmatized and labelled in certain political environments. So, I think, truth can come in doses.

In my career, politically, I’ve had complete freedom. However, you also have to think about the social norms and the kind of questions you’re posing.

I don’t have an ideological point of view. I personally have no specific theme to beat people with. On the contrary, I was interested in using the book that I wrote as a means of kind of gauging people’s interest in these questions.

To find out whether the questions I was posing were also posed by society. And in that sense, I found that the response has been very positive.

Rebecca: The book you’re referring to is Letters to a Young Muslim. And of course, you did tackle taboos. You did want people to question, to provoke a conversation. So, what is the key message that you hope readers got from that book?

Omar: Living with uncertainty, living in a world where we don’t live in closed societies. We live in interaction with other people, other faiths, other languages and technologies that change the way in which we interact with each other – which shock our sense of identity.

And so, how do you live in peace with yourself, and in your community, without having to define yourself as according to a checklist of qualities? 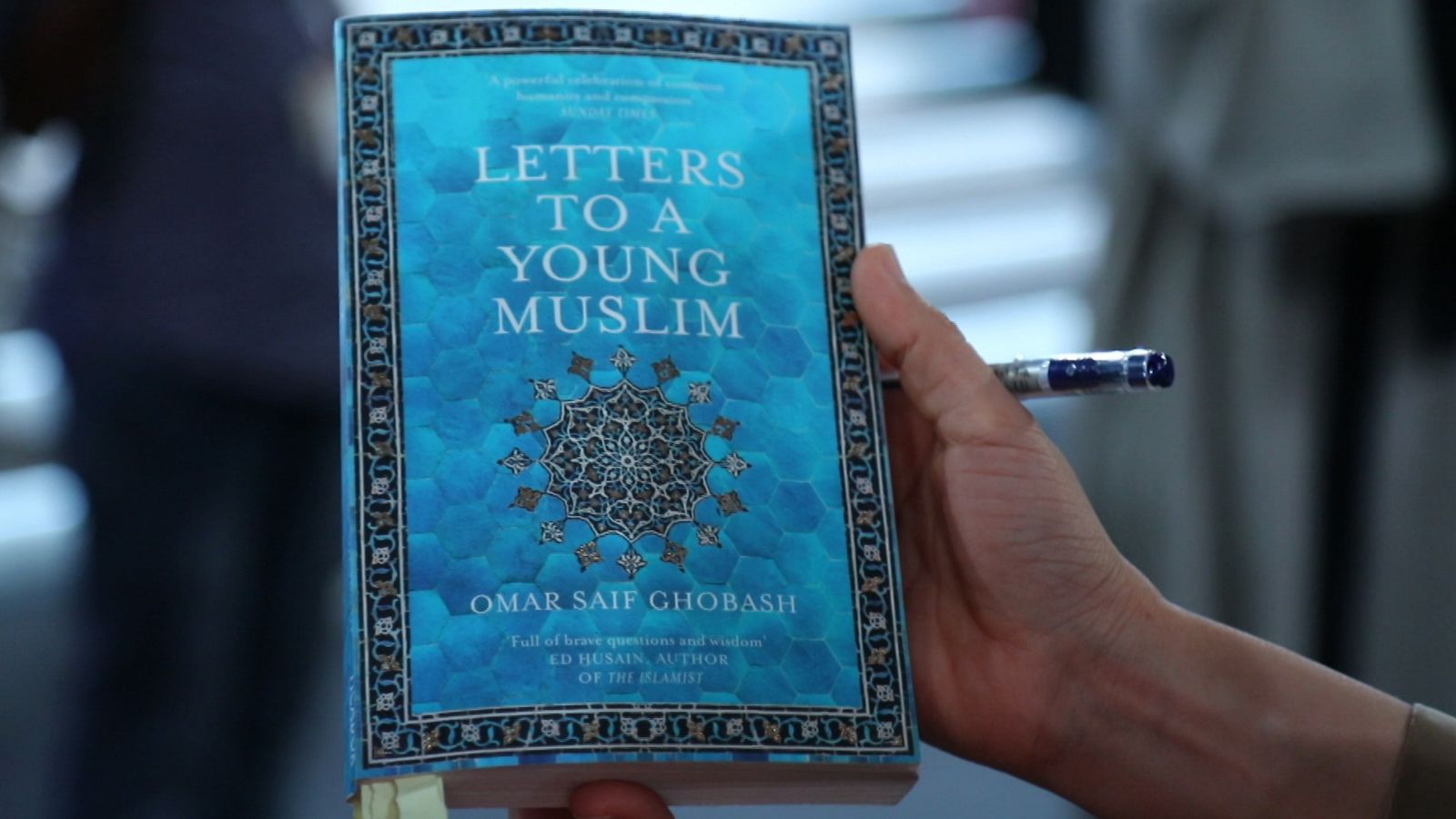 Rebecca: This book was written for your son. So, tell me, what did he make of it? What was his critique?

Omar: Well, he was 15 when I wrote it. He did what all good sons would do, if faced with not just one letter, but a series of letters. He said, “Thanks, Dad, I’m going to do something else. And when I’m ready, I’ll read it.”

So, he has read it. And there are parts that touched him very deeply and upset him – where I refer in my letters to my memories of my father.

And there are parts that, you know, haven’t quite gelled with him because he’s living a different experience.

Rebecca: You mentioned your father, who tragically died in 1977. Tell me, was the process of writing a cathartic or a painful one for you?

Omar: It was very painful. And that’s partly why I insisted on continuing to do it. And I recommend writing as a form of therapy for everybody. I cherish the passages that I wrote about my father. And I feel that I crystallized some of the key emotions that were hounding me over the years.

Rebecca: Ambassador, may I ask what you’re currently reading?

Omar: What I’m currently reading? A lot of books on zen, to be honest.

Omar: I am feeling very zen. Yeah, a lot of Stoic philosophy – Marcus Aurelius – I am reading in English and in Arabic,

Rebecca: Let me pick up on philosophy, because that dovetails with an upcoming project for you. Tell me why?

Omar: Given the history of the word, philosophy in the Arab world, that’s a very sensitive topic to broach. So, I’m now considering, with a couple of other people, of putting together an introduction to philosophy in Arabic – where it actually ties in directly with young people’s concerns.

Rebecca: In your current position, as Assistant Minister for Cultural Affairs, you’re flying the flag for the UAE abroad. So, what message are you keen to take to foreign shores?

Omar: I am exploring a lot of what we are doing in the UAE that is not necessarily known. I think we have a tremendous amount to show the rest of the world about how a government – in our very, very tough region – is working on enriching the lives not only of the citizenry, but also of the residents.

The Middle East is a place of poverty, of desertification, of water shortage, of war, of terrorism. And yet, there are some amazing things going on and that’s what we want – we want also spread.