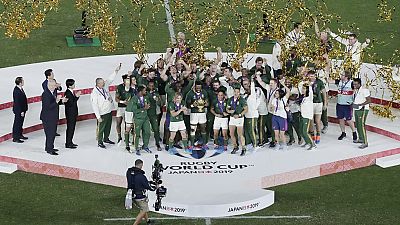 South Africa’s Rugby World Cup winning captain Siya Kolisi urged underprivileged children in the country to “keep dreaming and keep believing” as he carried the Webb Ellis trophy through thousands of fans on the team’s return home on Tuesday.

Kolisi led the Springboks to victory in Japan when they beat England 32-12 in the final in Yokohama on Saturday, a third title for the country after 1995 and 2007, and the first under a black captain.

His rags-to-riches tale has been inspirational for many, and the raucous welcome the side received showcased the full range of the Rainbow Nation as fans from all walks of life spent hours waiting for a glimpse of the players as they emerged in groups from different flights.

The biggest cheer was reserved for Kolisi, who grew up in an impoverished township and has written his name not only into rugby folklore but also into the history of South Africa as a beacon of hope for those who face a bleak future.

“The kids must keep dreaming and keep believing,” he told reporters. “Anything can be overcome. When I was young, I was just focused on going to training each day, preparing myself for the opportunity just in case it ever came.

“I am proof it can be done. We don’t want it to be so tough for anybody else, we want to make it easier in the future.”

Kolisi said the players felt the support from back home during their time in Japan, with a TV screen in their hotel constantly replaying videos from fans, or images of ordinary South Africans celebrating their victories.

Makazole Mapimpi and Cheslin Kolbe, who scored the Springboks’ tries in Saturday’s final against England, were among the first group of players to land at OR Tambo Airport.

As he emerged into view in the arrivals hall, Mapimpi held his hands up and clasped them together as the crowd roared. Kolbe was recording the scenes on his cellphone.

Teammate Damien de Allende, with his gold medal draped round his neck, pumped his arms in the air in front of the fans wearing Springboks jerseys who packed the hall. Duane Vermeulen, the player of the match in the final, dished out high fives to fans.

People were also crammed together on the balconies overlooking the arrivals area — there was no room to move anywhere — and a giant South African flag hung on one wall. The smiling players had to be shepherded through the crowd by a police escort.

Mapimpi, like Kolisi, provided one of the heartwarming stories for the South Africa team. He grew up poor, went to an unfashionable school, and was overlooked for all of South Africa’s youth teams and only made his international debut last year at the age of 27.

He scored six tries at the Rugby World Cup in Japan, the second-highest number at the tournament, including South Africa’s first in a final.

Flanked by South Africa’s minister of sports at the official arrival news conference, Mapimpi also made the politician gasp — and his teammates chuckle — when he uttered an expletive on live TV while remembering a grueling fitness session in the buildup to the World Cup.

He added that the team had also been inspired by messages from tennis great Roger Federer, whose mother was born in South Africa, and New England Patriots quarterback Tom Brady.

“I am a huge Federer fan, so when he sent the message it was special. Tom Brady as well, that was amazing for us as a team.”

The Boks’ next encounter will be against an as yet unnamed opponent in the 2020 June International window, and Kolisi is hopeful that the core of the World Cup-winning side will be kept together.

“We would love to stay together as a team, but that will be down to the coach. A lot of us have committed to staying in South Africa for that,” Kolisi said.

Inspired by the story of Kolisi, who rose from a poor township to lift rugby’s biggest prize, the Springboks of 2019 have been compared to the team of 1995, which won South Africa’s first World Cup at home in front of Nelson Mandela nearly a quarter of a century ago. South Africa also won the World Cup in France in 2007.

Kolisi’s team has returned home to countrywide celebrations and will take the World Cup on a five-day tour of the nation starting on Thursday. 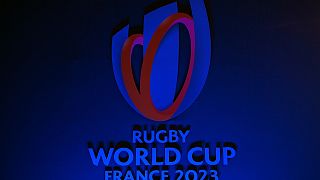