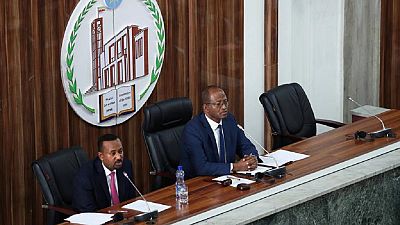 Ethiopia will face problems if it delays its general election beyond the scheduled date of May next year, the prime minister said on Tuesday, recalling past political violence.

“Democracy needs exercise. If we say we cannot hold elections now, it will bring a lot of problems. We should work wholeheartedly by building public trust,” Abiy Ahmed, this year’s Nobel peace prize winner, told parliament.

The electoral board has the financing and capacity to conduct the polls in the country of 105 million.

The people of Ethiopia have taken lessons from the conflict that happened following the 2005 general elections. Ethiopians do not want conflicts arising in connection with elections.

The vote would be the first under Abiy, who took office in April 2018 and began introducing political and economic reforms.

These reforms have opened up what was once one of Africa’s most repressive nations but also stoked violence as emboldened regional strongmen build ethnic powerbases and compete over political influence and resources.

Ethiopia has regularly held elections since 1995, but with the exception of the 2005 election, no election has been competitive. In the 2005 poll, riots erupted after the opposition cried foul, security forces killed nearly 200 protesters, and the government jailed many opposition politicians.

“The people of Ethiopia have taken lessons from the conflict that happened following the 2005 general elections. Ethiopians do not want conflicts arising in connection with elections,” Abiy said.

Questioned by MPs about the future of the fractious ruling coalition – some form of which has been in power since 1991 – Abiy said he intends to merge the coalition into a single party.

One of the coalition’s four ethnic-based parties, the Tigrayan People’s Liberation Front (TPLF), rejected the idea last week. The TPLF was the most powerful force in the coalition until Abiy came to power.

Rapidly transforming the ruling Ethiopian People’s Revolutionary Democratic Front “may create more instability and that would exacerbate an already difficult environment for conducting a free and fair election”, said William Davison, an Ethiopia analyst at the International Crisis Group think-tank.

Asked about a dispute with Egypt over the giant hydropower dam being built on Ethiopia’s Blue Nile, Abiy said: “No force will stop Ethiopia from building the dam.”

Abiy, who won the Nobel this month for his peacemaking efforts with longtime enemy Eritrea, raised the prospect of war over the dam: “If we are going to war … we can deploy many millions. But war is not a solution.”

Egypt’s President Abdel Fattah al-Sisi is expected to raise the demand for a mediator over the dam when he meets Abiy during a Russia-Africa summit this week.