Everything you need to know about Botswana's 'tight' election 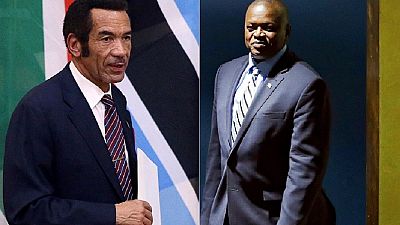 Nearly one million voters are set to determine the fate of Botswana’s future, when they take part in the presidential, parliamentary and local elections on Wednesday.

All eyes will be on the presidency, where incumbent Mokgweetsi Masisi is facing a challenge from three candidates, including one backed by his predecessor, Ian Khama.

To win the presidency, Masisi’s governing Botswana Democratic Party (BDP) must win a parliamentary majority. The Independent Electoral Commission (IEC) sets the majority at 29 out of 57 available seats in the National Assembly.

The BDP has been in power since independence from Britain in 1966. It’s support has however dwindled over the years, and in 2014, the party lost the popular vote for the first time.

In the past, Botswana has enjoyed peaceful, regular elections, and its vast diamond wealth has facilitated free education and health. The country enjoys Gross Domestic Product per capita of more than $8,000, eight times that of Zimbabwe, five times Zambia, and about two thirds more than Namibia, its neighbours.

In this article, we will explore the issues and share key details of the forthcoming election in a country widely described as a stable democracy.

Eric Mokgweetsi Masisi became president of Botswana in April 2018, succeeding Khama, who had served the maximum 10 years. Masisi has reversed some of Khama’s policies, including lifting a ban on elephant hunting and prosecuting Khama’s allies accused of corruption. A teacher by profession, Masisi joined politics in 2004, but was only elected to parliament in 2009. He is married to Neo Maswabi, and they have a daughter together.

Duma Boko, the leader of the Umbrella for Democratic Change (UDC) coalition, is the main challenger from the opposition. Boko and the UDC are hoping to build on 2014 gains, when they secure 30% of the seats in the National Assembly to become the official opposition. Boko, who is a lawyer by profession and married to Kaone Mokganedi, has been endorsed by his one-time political rival, Khama.

Biggie Butale, is the leader of the newly formed Botswana Patriotic Front, having quit the ruling party. Butale’s party is supported by Khama, who quit BDP in May this year, accusing Masisi of being autocratic and intolerant.

Ndaba Gaolathe, the leader of the Alliance for Progressives, is campaigning of a ticket of revolutionisng the country’s economy and positioning Botswana to compete with the best in the world.

The row between Khama and Masisi has dominated the campaigns and is likely to be the biggest issue that could determine the outcome of Wednesday’s vote.

“Let us go and vote BPF and UDC,” Khama told thousands of supporters. “Life will be good like before, if voters elect Boko.’‘

The competing parties do not have much that distinguishes them on policy. While the opposition insists that BDP has been in power for too long, and has not done enough to transform the lives of the people, Masisi is hoping that he has done enough in one year to demonstrate his commitment to reforming the party for the benefit of the people.

Voters will be voting for candidates of the party they believe can tackle the high unemployment, inequality and over-reliance on dwindling diamonds. Diamonds in the past turned Botswana into one of Africa’s wealthiest nations.

“We are putting an end to this misrule by the BDP. We want our people to be more empowered and to enjoy more of this country’s economic opportunities,” Boko told a news conference on Thursday, promising to create 100,000 jobs, raise the minimum wage and grow the economy by more than 6 percent a year.

While the country has tried to diversify sources of economic growth, away from mining into banking and tourism, unemployment has remained high at 20%.

“We want to create more jobs that are sustainable, improve the quality of our education to make youths job-ready and competitive as a well as give you better healthcare,” Masisi said during a presidential debate held this week.

There are 63 members of the National Assembly, with 57 elected in in single-member constituencies by first-past-the-post format. The governing party appoints four extra members and two ex-officio members who are the President and the Attorney General.

The president is elected by members of the National Assembly, and is usually the leader of the party with the most seats. Candidates for this position must be at least 30 years old and nominated by a minimum of 1,000 voters.

Voters must be citizens of the country, who have attained the age of 18 and have been resident in the country for at least 12 months. People holding dual-citizenship are not allowed to vote. Candidates in the election must be at least 21 years old. 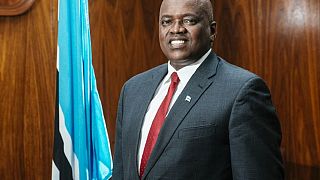