Zambia's constitutional reform to go ahead 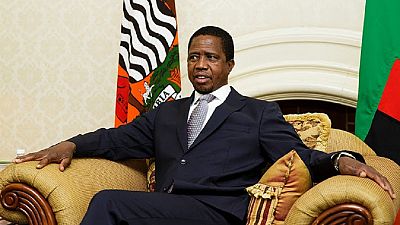 A blow to democracy? For weeks, Zambia has been torn apart over a highly controversial constitutional reform that strengthens the powers of President Edgar Lungu with less than two years to go before the general elections.

A target for criticism from the opposition and civil society, this law is soon to be discussed in the National Assembly, where Mr. Lungu’s Patriotic Front (FP) has an absolute majority of deputies.

If voted as it stands, Bill 10 extends the President’s powers to appoint judges and ministers, allows him to change the electoral map alone and transfers the responsibility for monetary policy from the Central Bank to the government.

Do you really want Edgar Lungu to stay in power for seven more years.Who will still be alive given the current level of poverty.

“This text will dig the grave of democracy in Zambia,” said Sishuwa Sishuwa Sishuwa, a highly respected professor of political science at the University of Zambia. “It is designed first and foremost to consolidate the FP’s hold on the country and make it impossible to dismiss President Edgar Lungu.”

The political climate in Zambia has deteriorated considerably since the disputed re-election in 2016 of Mr. Lungu, who was accused of authoritarian drift, and has so far been rather calm.

Coming in second place, his main opponent, the leader of the United Party for National Development (UPND), Hakainde Hichilema, has always refused to acknowledge the victory of the incumbent, claiming massive fraud.

He paid for his insolence of four months’ detention in 2017 for obstructing the presidential convoy, a “crime” qualified by the courts as “treason” and punishable by death.

The charges against him were dropped, but Mr. Hichilema then denounced a “political” imprisonment.

Suspicions of authoritarianism against Edgar Lungu were rekindled when he was allowed by the Constitutional Court last year to stand for re-election in 2021.

Zambia’s Basic Law stipulates that the Head of State may run for two five-year terms. First elected in 2015 to succeed Michel Sata, who died in the line of duty, Mr. Lungu was re-elected in 2016.

The opposition therefore considered that he could no longer be a candidate in 2021, but the country’s highest judicial body ruled that he could. To convince them, Mr. Lungu publicly urged the judges not to “plunge the country into chaos”.

In this climate, the announcement of the constitutional reform provoked a new outcry and convinced civil society to join the opposition against the President.

With musician Chama Fumba, prosecuted for a song the authorities considered hostile to the president, activist Laura Miti launched a campaign in July, called the Yellow Card, against regime corruption and reform.

His argument is simple. “Would you accept that a president you don’t like should have such powers,” she recently wrote in a forum, “whether he is a saint, the devil or something in between?”

The Lawyers’ Association of Zambia (LAZ) followed suit by bringing Edgar Lungu, Attorney General Likando Kalaluka and the entire Assembly before the courts.

“This bill strengthens the powers of the executive at the expense of Parliament, so it is unconstitutional,” said Muna Ndulo, a law professor and member of the LAZ.

The government spokesperson smiled at the lawyers’ entry into the scene against the president. “We know that the job of some lawyers is to promote them,” Dora Siliya mocked, “they are people who waste other people’s time, but the bill will go its way.

“Do you really want Edgar Lungu to stay in power for seven more years?” he told the press. “Who will still be alive given the current level of poverty?”

Despite this heavy fire against his project, the head of state does not seem ready to give in.

“We braved the storm to prepare this Constitution (…). Support the procedure,” Edgar Lungu told MPs this month. Before adding, inflexible: “if you don’t want to change it, we will”.