South Africa to redouble work with communities in conserving Rhinos 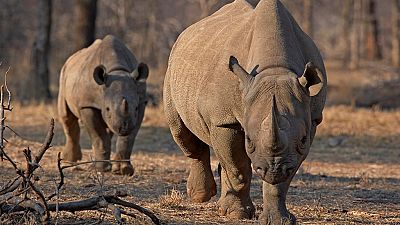 “We will redouble our efforts to make sure that communities who live on the borders of our parks benefit from conservation and the biodiversity economy so they are not vulnerable to recruitment by syndicated poaching operations,” Barbara Creecy, the Minister of Environment, Forestry and Fisheries, said in a statement on World Rhino Day.

Bringing local communities into mainstream conservation was vital to South African efforts aimed at curbing rhino poaching that has steadily declined from a peak of 1,215 animals killed five years ago, the environmental minister said on Sunday.

South Africa, with one of the world’s largest rhino populations, is battling organised crime syndicates targeting its national and private parks as strong demand in Asian markets, where the rhino horn is prized as an ingredient in traditional medicines, fuels the slaughter.

We will redouble our efforts.

While horns are widely believed to hold aphrodisiac properties, scientists say this is not so.

Barbara Creecy said rhino poaching has continued to decline, in part due to tougher court prosecutions and anti-poaching strategies, such as specialised sniffer dogs to help detect smuggled horns.

From January to June 2019, the number of rhino poached countrywide stood at 318, compared to 386 killed during the same period last year, Creecy said.

More than half of the rhinos killed this year – 190 animals – were found in South Africa’s vast Kruger National Park in the north of the country, where a total of 1,202 incursions and poacher activities were reported in the first six months to June.

“Although the battle to end poaching is far from over, we are proud to say that our efforts as a government, as private rhino owners, and as concerned citizens, are paying dividends as we continue to implement the Integrated Strategic Approach to the management of rhino,” said Creecy.

Estimates vary but South Africa is believed to have up to 80% of an estimated global population of over 20,000 rhinoceroses, making it the centre of the poaching crisis. There is an international ban on the trade in rhino horn.