Bulks of cash at the hearing of ousted Sudan President, Bashir 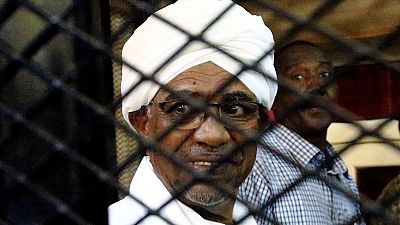 Stacks of cash piled high were shown as evidence on Saturday (September 21) against ousted Sudanese president Omar al-Bashir at his trial on charges of possessing illicit foreign currency and corruption.

Millions of euros and Sudanese pounds were found at Bashir’s residence in April after he was overthrown and detained by the military following months of demonstrations against his rule.

The court heard four defence witnesses on Saturday, including Abubakr Awad, who was minister of state for the presidency until Bashir’s fall, before it was adjourned until next Saturday.

A member of Bashir’s defence, Mohamed al-Hassan al-Amin, said possessing the funds was not a crime.

Supporters cheered for Bashir as he entered and left the court, shouting “Allahu akbar!” and Bashir smiled as he sat in a metal cage during court proceedings.

Speaking publicly for the first time since his ouster, Bashir said last month he had received $25 million from Saudi Crown Prince Mohammed bin Salman, as well as from other sources, but had not received or used money for his own benefit. His prosecution is a test of how far power-sharing military and civilian authorities will tackle the legacy of his 30-year authoritarian rule.