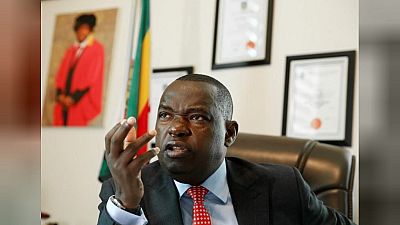 Zimbabwe is serious about pursuing political and economic reforms and deserves international support, its foreign minister told Reuters on Friday.

President Emmerson Mnangagwa promised a different approach when he replaced longtime ruler Robert Mugabe after November 2017 coup, but he has found it hard to revive economic growth and faced criticism over a heavy-handed response to protests.

Mugabe’s death last week aged 95 has made some people question what Mnangagwa has achieved in his two years in power.

We are a sincere government in delivering the necessary reforms and freedoms.

“The international community needs to understand and nurse this country. This country has suffered for the past two decades,” Foreign Minister Sibusiso Moyo said in an interview.

“This is the time when it must be supported in its reforms.”

But the currency reforms and austerity measures have compounded ordinary people’s hardships in an economy where unemployment is estimated to be as high as 80%. The opposition says it is being denied the right to protest peacefully.

On Friday, Zimbabwe’s central bank raised its overnight borrowing rate to 70% from 50% after a surge in inflation and a steep fall in the domestic currency.

Moyo, a former army general and Mnangagwa loyalist, said the government would strengthen social safety nets to cushion the impact of austerity measures and seek to recover public funds “where there was clear-cut evidence of pilfering”.

He said the authorities would not use excessive force to control protests and that there was no blanket ban on demonstrations staged by the main opposition group MDC.

“This country is undertaking all these reforms, with all the painful processes which are taking place, without any form of support from outside. No lines of credit, no balance of payments support, nothing,” Moyo said.

“We are a sincere government in delivering the necessary reforms and freedoms.”