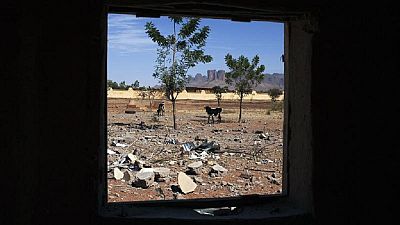 A makeshift bomb exploded under a passenger bus travelling in the violence-plagued central Mali region of Mopti on Tuesday, killing at least 14 people and wounding 24, the security minister said.

The vehicle hit the landmine while carrying 60 passengers through an area where ethnic militias regularly kill civilians from rival groups and Islamist militants are also active.

“We have the number of 14 deceased and 24 injured, including seven in a critical state,” said Salif Traore, giving no further comment on the attack or on who might be behind it.

A person at the scene told Reuters his sister and nephew had been on board the vehicle and were killed in the explosion.

“The army is trying to recover bodies from under the bus,” he said, speaking by telephone on condition of anonymity.