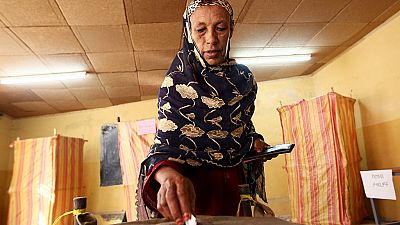 Opposition political parties in Ethiopia on Tuesday threatened to boycott national elections scheduled for next year if changes to an electoral law they view as biased towards the ruling party are not made.

There have been regular parliamentary elections since the Ethiopian People’s Revolutionary Democratic Front (EPRDF) took power in 1991 but, with one exception, none were competitive.

Prime Minister Abiy Ahmed was appointed last year by the EPRDF after three years of anti-government protests, promising reforms including a credible multi-party poll in 2020.

The law was approved in a rush without addressing our demands.

Why is the opposition protesting

But opposition parties say last month’s changes to the election law in parliament, where the ruling party holds all the seats, made it more difficult for them.

The opposition was also unhappy at another change requiring civil servants running for office to take leave without pay.

“The law was approved in a rush without addressing our demands,” said Girma Bekele, vice chairman of the Joint Council of Political Parties representing 107 opposition groups.

“If (the law) is going to be applied without addressing our concerns, it will be repeating what has happened in the previous elections where the ruling party won by 100 percent. We don’t want to be a part of that,” Girma said.

The vote is also under threat from ethnic rivalries.

The election board in June said that violence, which has driven 2.4 million people out of their homes according to the United Nations, could delay the vote.

A national census has already been postponed twice.

“Having all our reservations (about the law) puts the upcoming election in question,” Mulatu Gemech, deputy chairman of the opposition Oromo Federalist Congress which is a member of the coalition, told Reuters.

There was no immediate comment from the election board or EPRDF.