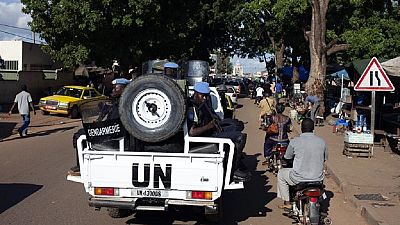 The U.N. Security Council has voted unanimously to extend its sanctions regime in Mali targeting those who delay implementation of a 2015 peace agreement.

The French-sponsored resolution adopted Thursday extends the sanctions regime until Aug. 31, 2020, and the mandate of the panel of experts monitoring their implementation until Sept. 30, 2020.

France’s deputy U.N. ambassador, Anne Gueguen, says the unity of the council signals its commitment to peace in Mali, which has been in turmoil since an uprising in 2012.

Gueguen says the sanctions “are an instrument for stabilization” that has “contributed to change the behavior of a number of individuals in Mali.”

She says the Security Council’s message is that “if you block the implementation of the peace agreement you expose yourself to sanctions.”