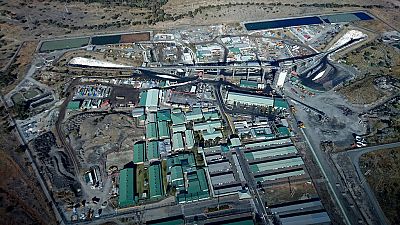 In an arid region of West South Africa, a mine containing rare earth reserves with some of the highest concentrations in the world wants to influence a market dominated by China, but in a context of trade warfare that is reshaping global maps.

350 kilometres north of Cape Town, the Steenkampskraal mine, discovered in 1949, saw its operators extract thorium from it from 1952 to 1964, used as a nuclear fuel.

It has since been discovered that the mine also contains monazite ore, a rare earth, in extremely high concentrations, as well as neodymium and praseodymium, resources that the country intends to exploit soon.

These “rare earths”, strategic minerals that are highly coveted around the world, include a set of 17 metals essential for advanced technologies, found in smartphones, plasma screens, electric vehicles and also in weapons.

The prospects for the Steenkampskraal mine are a godsend for South Africa, at a time when China, which produces more than 90% of the world’s rare earths, is barely veiledly threatening the United States with cutting off deliveries in the middle of a trade war, while Washington imports massive amounts.

Trevor Blench, is the Chairman of Steenkampskraal Holdings Limited chairman.

He believes that “the economic significance is great. If you take the market value of the rare earths in this mine – that we presently know – it’s, it’s something like R20 billion. It’s a very valuable resource for this area, for the community, and for the country.”

Beijing produced 120,000 tonnes in 2018, six times more than the United States, according to the US Geological Survey (USGS).

In this context, US President Donald Trump signed an order on July 22 to the Pentagon to find alternative sources of supply for these precious metals.

Another reason for optimism for South Africa, China became last year for the first time a net importer of rare earths, due to its massive trade in electric vehicles. Worldwide sales of these vehicles jumped 68% last year to 5.12 million, with more than one million sales taking place in China, according to the International Energy Agency.