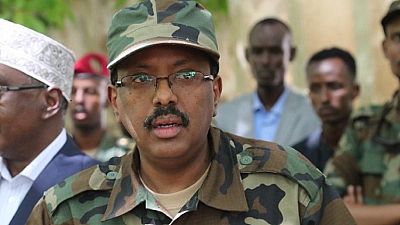 Somalia’s president announced late this week a major shake-up of the country’s security chiefs as well as a replacement for the mayor of Mogadishu after Abdirahman Omar Osman died of his wounds following a suicide bomb attack last month.

Al Qaeda-linked militant group al Shabaab, which aims to topple Somalia’s U.N.-backed government, claimed responsibility for the bombing of Osman’s office by a blind female member of his staff.

Omar Mohamud Mohamed takes the place of the late mayor, who had fled Somalia for Britain as a refugee and earned years of experience as a councillor in London before deciding to return home to help rebuild his war-torn country.

Commander of operations in the army Odowa Yusuf Rage was named overall commander of the military, while Abdi Hassan Mohamed Hajar will head up the police.