Top ally of Malawi president resigns after US ban over corruption 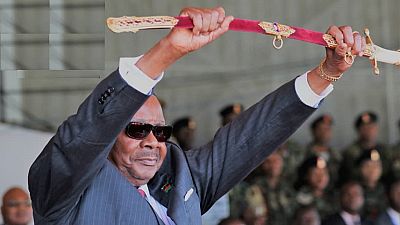 Uladi Mussa, a senior aide to Malawi President Peter Mutharika, resigned his position following a corruption indictment by the United States in July 2019.

Mussa till August 8 was presidential advisor on parliamentary affairs. He tendered his resignation to the presidency days to his appearance before court over a corruption case.

Despite standing down from government, he still maintains his role as a vice-president of the ruling Democratic Progressive Party (DPP) for the Central Region.

The state is accusing him of misdealings in the issuance of Malawi citizenship to 50 foreigners, the privately-owned Malawi Nation newspaper reported.

The report quoted a US Embassy public affairs officer Douglas Johnston, as saying Washington was encouraged by the resignation.

He said in a written response: “It is the position of the United States Government that Mr. Mussa was involved in significant corruption while serving as Malawi’s minister of Home Affairs, and, therefore, his presence in government was no longer consistent with the current administration, which has publicly stated its determination to root out and eradicate corruption.”

The accused and his wife Cecilia were banned from entry into the United States due to allegations of “significant corruption”, the U.S. Embassy said.

“In cases where the Secretary of State has credible information that foreign officials have been involved in significant corruption or gross violations of human rights, those individuals and their immediate family members are ineligible for entry into the United States,” the embassy statement read.

It said Mussa had engaged in and benefited from public corruption in relation to his official duties while minister of home affairs from 2012-2014 when he served in former president Joyce Banda’s administration.

Mussa was arrested in March last year and charged with abuse of office by the southern African country’s anti-corruption bureau relating to the issuance of Malawian passports to foreigners during his term as minister.

Mussa has denied the charges. He told Reuters he was surprised by the U.S. decision as his case was still ongoing.

Mutharika vowed in May that he would not spare anyone found abusing their official positions, in an apparent response to allegations of corruption that marked his first term.