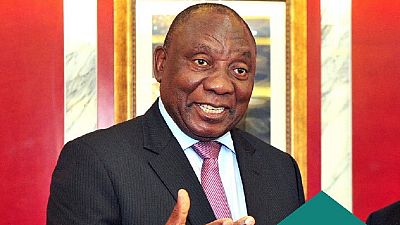 South African President Cyril Ramaphosa won a court case against the anti-corruption watchdog on Thursday over a matter concerning ally Pravin Gordhan, ahead of a fresh battle over findings against the president himself.

A high court judge found that Ramaphosa had acted reasonably in not immediately disciplining Gordhan, the public enterprises minister, over a decision regarding the retirement of a tax official.

Thursday’s ruling was the third high-profile court defeat for Public Protector Busisiwe Mkhwebane in as many weeks, and she has come under public scrutiny for her investigations, including one into Ramaphosa.

It is mind-boggling why, in this matter, the public protector did not even consent to at least...have the remedial action stayed, pending finalisation of the review application.

Ramaphosa secured an “interdict” from the court, meaning he does not have to implement disciplinary action against Gordhan while Gordhan appeals against the finding by Mkhwebane.

By targeting Ramaphosa and Gordhan, the president’s supporters say, Mkhwebane is acting as a proxy for a faction in the ruling African National Congress party that is aligned with former president Jacob Zuma and opposes Ramaphosa’s agenda.

The judge criticised Mkhwebane for pushing for the disciplinary action against Gordhan to be implemented before his appeal of the public protector’s findings could be heard.

“It is mind-boggling why, in this matter, the public protector did not even consent to at least…have the remedial action stayed, pending finalisation of the review application,” judge Letty Molopa-Sethosa said in delivering her ruling.

Mkhwebane has also found in a separate investigation that Ramaphosa deliberately misled parliament over a 2017 donation to his campaign for the governing African National Congress party.

Ramaphosa has said he will urgently challenge the finding, which he says is flawed yet is still a headache for a president who has staked his reputation on cleaning up deep-rooted corruption and reviving Africa’s most developed economy.