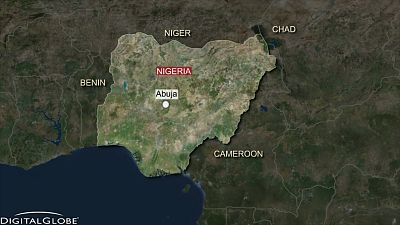 The Military in Nigeria has denied allegations that it has been secretly burying soldiers killed in the Boko Haram terrorist war.

According to the report by Wall Street Journal at least 1,000 soldiers killed since the terror groups began an offensive last summer have been buried at the sprawling secret graveyard in Maiduguri and an official cemetery at the base. The report records family of deceased soldiers sharing their ordeals of their loved ones being buried in unmarked graves.

In a Press release the military spokesperson Onyema Nwachukwu said The Wall Street Journal was ignorant of military burial procedure when it reported on Thursday morning that fallen Nigerian soldiers of Boko Haram insurgency were being transported to an unmarked gravesite near Maiduguri for a secret and undignified burial.

At least 1,000 soldiers killed since the terror groups began an offensive last summer

“In tandem with the traditions of the Armed Forces, fallen heroes are duly honoured and paid the last respect in befitting military funeral of international standard,” he said.

THERE ARE NO SECRET GRAVEYARDS IN THE NORTH EAST THEATRE https://t.co/shirjLxSPZ pic.twitter.com/dvgKYvtzuR

The cemetery described in the publication, near Maimalari Cantonment, was an officially designated military cemetery with a cenotaph erected in honour of the fallen heroes, explained the army spokesperson.

However, Atiku Abubakar, former Presidential candidate has called for a judicial inquiry into the alleged secret burial of over 1000 Nigerian soldiers killed by insurgents in northeastern Nigeria, particularly in Borno State, reports Today NG

“To ensure that we get to the bottom of this matter, I urge that a Judicial Commission of Inquiry headed by a non-partisan and reputable jurist, be inaugurated to investigate the findings of the Wall Street Journal.

“While this is occurring, I also strongly urge that a panel of inquiry comprising distinguished former military officers be set up to investigate and report to Nigerians the true state of the war on terror and what must be done to ensure Nigeria brings a speedy end to the ongoing insurgency,” Atiku said.

Even the death of one soldier affects me. But the alleged cover-up of the deaths of scores of soldiers is a national emergency that should shock all statesmen and leaders of thoughts into action to save Nigeria.

Shock, that such a thing could happen under a democracy, such as Nigeria is supposed to be. I shudder to think that the cover-up of such an event of epic proportions can be true.