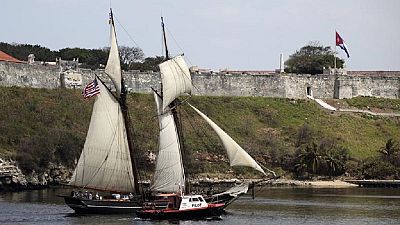 Alabama has filed a federal court claim to ownership of the wreckage of the last ship known to bring enslaved people from Africa to the U.S., a move the archaeologist who helped find the ship says will bolster protection of the site.

The so-called admiralty claim presented by Alabama in federal court asks a judge to declare the state the true owner of the Clotilda, which was discovered earlier this year in state waters.

The claim, which was filed Friday, also seeks to ensure that the Alabama Historical Commission has the exclusive right to the site.

This wreck is nationally important, for the events that took place on it and for its association with the very long and terrible trade in human lives.

The historical commission said in a statement that the action is an attempt to prevent salvagers from disturbing the ship or taking artifacts from it.

James Delgado, a maritime archaeologist who helped lead the team that found and verified the wreck as that of the Clotilda, said Monday that the state is taking appropriate action and called the court step “another tool in the historic preservation toolbox.”

“This wreck is nationally important, for the events that took place on it and for its association with the very long and terrible trade in human lives,” Delgado said.

In 1860, the Clotilda smuggled more than 100 enslaved people to the U.S. The ship was then taken into delta waters and burned to avoid detection.

The captives were freed after the Civil War. Unable to return to Africa, they settled a community that’s still called Africatown.

Earlier this year, a research team announced the discovery of the remnants of the Clotilda along the banks of the Mobile River. The Alabama Historical Commission had worked with the National Geographic Society and Search, Inc. to find and identify the wreckage.

“We are charged with ensuring this tremendously important archaeological find is preserved and protected for Africatown and our nation. It carries a story and an obligation to meet every opportunity to plan for its safeguarding,” said a recent statement by Lisa D. Jones, executive director of the Alabama Historical Commission.