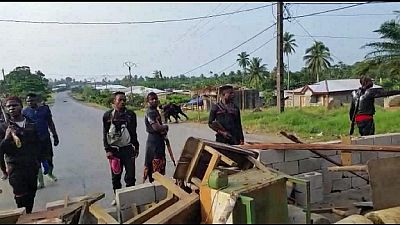 Switzerland’s ambassador to Cameroon says his government is trying to negotiate a peaceful end to the separatist crisis in which an estimated 2,000 have died.

Ambassador Pietro Lazzeri said the negotiations are being guided by the Swiss Federal Department of Foreign Affairs.

“My country intends to find a peaceful and lasting solution to the crisis that has been claiming so many lives in the restive English-speaking regions of Cameroon. Besides the dialogue, we have been providing humanitarian assistance to the hundreds of thousands of people affected by the separatist war,” he said.

Two meetings have already taken place in Geneva, said Mark Bareta, a representative of the separatist movement, in a post on Facebook without giving further details.

Cameroon’s separatist problem worsened on October 1, 2017, when militant secessionist groups proclaimed the independence of an English-speaking state they call Ambazonia. Cameroon President Paul Biya responded in November 2017 by declaring war against the separatists, calling them terrorists. Biya said that he would never negotiate with those who are out to divide the country.

Separatists on social media have maintained that they will make the English-speaking regions ungovernable by the central government in the capital, Yaounde, until they win independence. They say they will only negotiate with the government in Yaounde if it withdraws all of its troops, which they call occupational forces, from the English-speaking regions and that the negotiation should be about the terms of their independence.

As the Swiss ambassador announced his country was spearheading negotiations, Cameroon’s military said at least 20 separatist fighters had been killed in battles in the English-speaking villages of Wainamah and Mbot and the towns of Jakiri, Kumba and Njinikom.

Lt. Gen. Rene Claude Meka, Cameroon’s defense chief who visited the English-speaking towns of Buea and Bamenda last week, said the military will battle until the separatist fighters are defeated.

“Although the military has been scoring huge victories, the war is still raging on. I am calling on the population to assist the military by denouncing separatist fighters and providing information on wherever they are hiding so that they can be defeated very soon for peace to return.” the defense chief said during his visit.

The United Nations estimates that at least 2, 000 people have been killed and more than 530,000 displaced since fighting broke out. It says about 1.3 million people are in need of assistance.