Managing the stakes in Sudan's transition 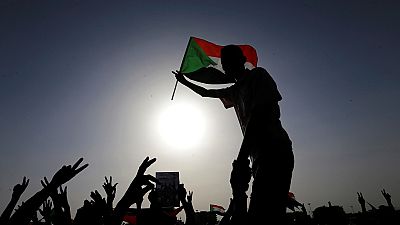 While Sudan’s military and the alliance of protesters and opposition groups
have signed a three-year transition working towards elections, the slow progress and violence in the build up to the deal has many doubting it will work.

In this article, we explore some of the key questions about this deal, the transition period and the protesters’ hopes for civilian rule and democracy.

How did we get here?

In December 2018, protests triggered by an economic crisis swept across Sudan, demanding an end to Omar al-Bashir’s 30-year rule.

On April 11 the military toppled and arrested Bashir, announcing the formation of a transitional military council. But protests continued, demanding the transition be civilian-led.

The military council and the Forces for Freedom and Change (FFC) alliance began talks, which soon stalled over the make-up of a sovereign council to steer the transition.

At dawn on June 3, security forces – led according to witnesses by the paramilitary Rapid Support Forces (RSF) – moved to clear a sit-in outside the Defence Ministry in Khartoum. Doctors linked to the opposition said 128 people were killed in the raid and ensuing violence. The government has confirmed 61 deaths.

Talks collapsed, resuming after several weeks under pressure from African-led mediators and after massive protests on June 30. Agreement on a power-sharing deal was announced on July 5.

Who are the key actors?

The military council is formed of seven members, led by Lieutenant General Abdel Fattah al-Burhan. Its most prominent member, however, is his deputy General Mohamed Hamdan Dagalo, who also leads the RSF and is widely known as Hemedti.

Both Burhan and Hemedti have close ties to Saudi Arabia and the United Arab Emirates due to Sudan’s participation in the Saudi-led coalition in Yemen.

The driving force in the FFC has been the Sudanese Professionals Association, which rose to prominence coordinating the protests against Bashir. It has no leader or strict hierarchy, though top members include Mohammad Naji al-Assam and Ahmed al-Rabie.

The two sides still need to sign a constitutional declaration that is meant to complete the political deal.

That would allow transitional bodies to be formed, including a sovereign council that would include five officers selected by the military council, five civilians chosen by the FFC and another civilian to be agreed by both sides.

The initial agreement also provides for a government of technocrats and an independent investigation into recent violence.

Why did it take long to get a deal?

The deal was meant to be signed days after its announcement, but was thrown into doubt by a demand from the military council for immunity from prosecution.

Blanket immunity is strongly opposed by the protest movement, already concerned about how an independent investigation could be guaranteed with the military still in charge.

They continue to hold rallies to honour those killed since protests started in December and call for accountability for their deaths. Some members of the FFC have rejected the deal, saying it does not fulfil the expectations of protesters.

More broadly, Sudan’s security forces see themselves as the country’s natural rulers and want to protect their sprawling economic interests.

“Their natural tendency is to surrender nothing and to maintain …the last word in all matters of the state – which was the situation under Bashir essentially,” said Magdi El Gizouli, a fellow at the Rift Valley Institute.

“Upturning this arrangement is a formidable task.”

Sudan has a recent history of civil conflicts including in the western region of Darfur and South Kordofan and Blue Nile in the south. These could flare again if political turmoil continues.

Of a population of 44 million, more than 5 million people are in need of assistance and nearly 2 million displaced, according to the United Nations.

Why is the internal community concerned?

Sudan sits in a volatile region in northeast Africa. Instability could have an impact on war-torn South Sudan, where a fragile peace deal was signed last September, and on Libya to the north, where fighting has recently escalated.

Wealthy Gulf states have an interest in Sudan because of its agricultural potential and its Red Sea ports. The RSF is contributing troops to the Saudi-led coalition in Yemen.

European powers and Egypt are concerned about potential northward flows of migrants from Sudan, which is on one of the transit routes towards the Mediterranean.