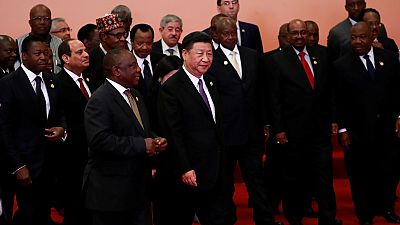 His election however would probably have not been possible without Africa’s support. In the months and weeks leading to the vote, Beijing launched a concerted diplomatic offensive to woo support for its candidate.

As a result African candidate, Médi Moungui from Cameroon withdrew ostensibly at the behest of China.

Only recently, Beijing wrote off a chunk of Cameroon’s debt. Beijing has loaned Yaounde close to $5bn since 2000.

China views leadership of key United Nations bodies as key in its push for more global influence. It has relied many times on Africa and the entire global south for support to make this happen.

Africa faces a chronic lack of investment. The continent spends $35 billion in foreign currency annually importing food, a figure that is set to rise to over $100 billion per year by 2030.

But this scratch-my-back-I-scratch-yours arrangement doesn’t always benefit Beijing alone. China has demonstrated willingness to listen to and consider Africa’s interests.

In 2017, as the World Health Organisation (WHO) looked to replace Margaret Chan as director general, former Ethiopian foreign affairs minister Tedros Adhanom Ghebreyesus, already a regular in Beijing, had no trouble getting China’s support.

He was honored with a keynote speech at the prestigious Peking University. Speaking in Beijing after his election, Tedros pledged that the WHO would adhere to the One China principle.

While there’s no doubt that China seeks a return on the dollars it invests in Africa, sometimes it is only looking for friends it knows it will need on a rainy day.

Through these networks they lobby, influence policies and sometimes gather privileged information critical to sway policies and secure deals for their entities.

Rather than consider itself Africa’s lender, China also believes it is indebted to Africa.
Gambia, Sao tome and Burkina Faso are the latest African countries to sever ties with Taiwan, the self-ruled island that Beijing considers its territory.

For Burkina Faso, a $140m dollar hospital was the first gift from Beijing. Funding for a 186km highway linking Ouagadougou with the country’s second biggest city has also been promised.

Africa’s relationship with China is multi-faceted and multi-leveled. There is no single dimension to it.
This is why it is also hard to pinpoint the debt-trap diplomacy argument. China’s lending to Africa is much more complex and nuanced than many analysts think.