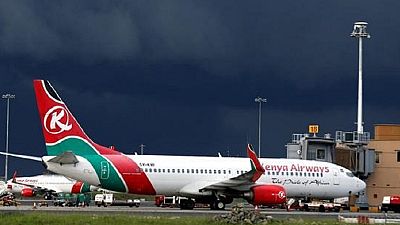 Police in London have confirmed that a yet to be identified man has died as he stole his way via the rear compartment of a Kenya Airways, KQ, flight from Nairobi to London.

A KQ statement said the body of the deceased “landed in a garden in the Borough of Lambeth, South London suggesting that the stowaway was hidden in the undercarriage of the aircraft.”

Police called to the scene by the homeowner traced the flight radar to KQ flight 100. “On inspecting the aircraft, the police discovered a bag containing food and some clothing at the rear left landing gear,” the statement added.

The deceased had attempted to make a journey of 6,840km spanning eight hours 50 minutes. KQ said it was unfortunate that someone had undertaken such a venture and in the process lost their life.

Police said it was liaising with Kenyan authorities to identify the deceased. “Kenya airways is working closely with the relevant authorities in Nairobi and London as they fully investigate this case,” the airline added.

Heartbreaking stuff.
Kenya Airways say a man has died after hiding in the undercarriage of an aircraft travelling from Nairobi to London.
The gentleman has not been identified yet. pic.twitter.com/Bh4cQ40bow