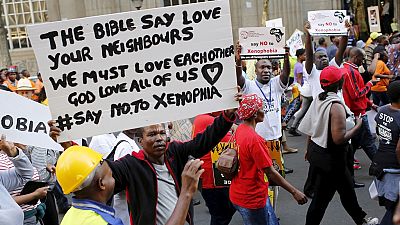 <p><strong>Politicians in Ivory Coast, Mauritania and Kenya have over the past two weeks stirred up xenophobic sentiments, lashing out at foreigners in their countries over political and economic differences.</strong></p> <p>A Kenyan lawmaker accused of inciting Kenyans against foreigners working in the country has been detained by the authorities, while a former Ivorian president has accused the current government of not doing enough to stop foreigners from fraudulently obtaining Ivorian identity cards.</p> <h2 style="font-size:16px;">Real Ivorians?</h2> <p>Ivory Coast’s second-biggest political party leader, Henri Konan Bedie is accusing president Alassane Ouattara’s government of nepotism and allowing “armed foreigners” to exploit the West African nation’s resources. </p> <p>Bedie, who was head of state from 1993 until 1999, argues that there is a difference between ‘real Ivorians’ and migrants who came to the country in the 1990s.</p> <p>The issue of identity is a deeply divisive one in Ivory Coast, where where almost a third of the population is estimated to have parents who were immigrants.</p> <p>President Ouattara himself was twice barred from contesting elections because of what was then described as questionable nationality. Outtara’s father hails from the neighbouring Burkina Faso.</p> <p>Observers are worried that politicians are stoking divisions that divided the country into a rebel-held north and a government-run south for almost 10 years following a failed coup. The rebels, who were mostly from the north and considered non-native Ivorians.</p> <p>Bedie, who backed Ouattara in the 2010 poll victory over Laurent Gbagbo, withdrew from the ruling <span class="caps">RHDP</span> coalition last year because he wanted the alliance to nominate a candidate from his own party, which derives most of its support from the ethnic Baoule.</p> <h2 style="font-size:16px;">Mauritania’s foreign voters</h2> <p>In the aftermath of a hotly contested presidential election in Mauritania, authorities last month said they had arrest at least 100 foreigners on suspicions of colluding with opposition groups to destabilise the country.</p> <p>“There is a foreign hand behind these events,” Interior Minister Ahmedou Ould Abdallah told reporters. He did not give any more details or nationalities, only saying the foreign presence was “linked to certain candidates”.</p> <p>“We have arrested a hundred foreigners whose presence cannot be explained in the context of the election in a country that is not their own,” the minister said.</p> <p>The government action was seen by many as a political manoeuvre that could jeopardise relations of Mauritanians with foreigners in the country.</p> <h2 style="font-size:16px;">Kenya’s xenophobic MP</h2> <p>Starehe MP Charles Njagua who is popularly known as Jaguar shocked Kenya’s regional neighbours when he threatened to personally lead the beating of foreign traders that refuse to leave the country.</p> <p>The message contained in a video clip that went viral online, provoked sharp reactions from Kenyans, the authorities and the countries targeted in the verbal attack.</p> <p>“When you look at our market, Tanzanians and Ugandans have taken our business, enough is enough, if we will give them 24 hours and they will not leave, we will beat them and we are not scared of anyone,” Jaguar told cheering supporters in the video.</p> <p>Authorities in Tanzania debated the issue in parliament, while Kenya’s ambassador was summoned by Magufuli’s government to give an official position on the matter.</p> <p>Jaguar himself has since been arrested and spent the weekend in jail as authorities investigate the attack against Chinese, Ugandans and Tanzanians working in Kenya.</p> <p>The court will rule on Wednesday on whether or not he will be granted a bail, even as he continues to profess his innocence.</p> <blockquote class="twitter-tweet" data-lang="en"><p lang="en" dir="ltr">My recent sentiments over the invading of our market by foreigners have been greatly misinterpreted.I mean peace for the country and businesses should go on uninterupted and all foreigners are welcome to our country. <a href="https://t.co/1KqaGUYGgd">pic.twitter.com/1KqaGUYGgd</a></p>— Hon. Jaguar (@RealJaguarKenya) <a href="https://twitter.com/RealJaguarKenya/status/1143842917838196736?ref_src=twsrc%5Etfw">June 26, 2019</a></blockquote> <script async src="https://platform.twitter.com/widgets.js" charset="utf-8"></script>