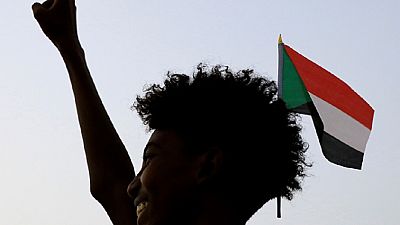 The Sudanese are invited to demonstrate mass Sunday to pressure the military leaders to give power to civilians, the calls for restraint multiplying to avoid a new bloody crackdown of the dispute.

The “million” march in Khartoum could be a test to gauge the ability to mobilize protesters. But also for the Transitional Military Council, which holds the reins of the country since the dismissal in April of President Omar el-Bashir.

After the deadly crackdown of a sit-in in front of the army headquarters in Khartoum on June 3, the leaders of the protest face a large security deployment and the blocking of the Internet, a tool that was essential to mobilize tens of thousands of people from the first demonstrations on December 19th.

Launched by the Alliance for Freedom and Change (ALC), the spearhead of the protest, the call to protest Sunday is the first of this scale since the dispersion of the sit-in.

At least 128 people were killed in the operation and in the crackdown the following days, according to doctors close to the dispute. The authorities mentioned a death toll of 61.

“I expect a large number of protesters in the streets (Sunday), and it is very likely that the security forces use force against the protesters,” said Moustafa, 25, who is on the run.

The LRA has unveiled the processions’ journeys through the capital and the nearby city of Omdurman, which is to take protesters to the homes of the “martyrs” killed on 3 June.

Sunday’s mobilization “will be an attempt by the people to show that they have the last word,” said Khaled al-Tijani, editor-in-chief of Elaff newspaper.

Lately, protesters have been content with small gatherings throughout the capital, sometimes dispersed by security forces with tear gas.

On Saturday evening, a press conference organized by a protest group was banned by security forces.

Already, the Military Council has warned the ALC that it would make him bear “full responsibility” in case of “human loss” or any “act of vandalism” during the march.

In the capital, the Rapid Support Forces (RSF) are stationed on every corner, heavily armed. It is these paramilitaries who are accused by the protesters of leading the dispersal of the sit-in on 3 June.

The Military Council claims that it did not issue any orders to that effect. Recognizing, however, “excesses”, he says it was originally a drug operation in the neighboring area of ​​Columbia.

The European Union and human rights defenders called on the military in power to restrain Sunday.

“It is the duty of the Transitional Military Council to ensure the safety of all in Sudan and refrain from any use of violence against protesters,” said in a statement the European diplomacy.

For Amnesty International, “the military council must not let the country slip into more repression, the world is watching”.

Talal, a 29-year-old protester, however, expects the authorities to resort to violence. “But if some big gatherings can take place in Khartoum, they will break the barrier of fear, and more people will go down the streets the following days, “he hopes.

Despite the tensions, protesters and generals are open to a resumption of negotiations, through a mediation from Ethiopia and the African Union, to outline the transition to come.