Africa hit by a tramadol 'crisis' as opioid use booms - UN 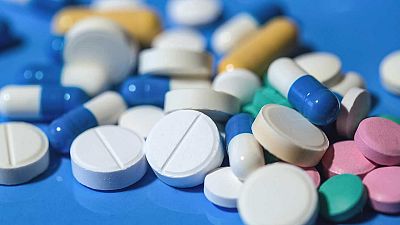 Synthetic opioid use is booming, the United Nations said on Wednesday in a worldwide drug report that showed deaths in the United States from overdoses still rising and a “crisis” of tramadol use emerging in parts of Africa.

The estimated number of people using opioids – an umbrella term for drugs ranging from opium and derivatives such as heroin to synthetics like fentanyl and tramadol – in 2017 was 56% higher than in 2016, the U.N. Office on Drugs and Crime said.

While that surge, to 53.4 million people worldwide, was due to more data being available thanks to surveys in Nigeria and India, it also highlighted the scale of the problem despite a drought-related fall in opium production last year in the world’s biggest producer, Afghanistan.

Synthetic opioids like fentanyl continue to be the main cause of opioid overdose deaths in the United States, which rose 13% to more than 47,000 in 2017, further illustrating what President Donald Trump has declared a public health emergency.

“The opioid crisis that has featured in far fewer headlines but that requires equally urgent international attention is the non-medical use of the painkiller tramadol, particularly in Africa,” the UNODC 2019 World Drug Report said.

“The limited data available indicate that the tramadol being used for non-medical purposes in Africa is being illicitly manufactured in South Asia and trafficked to the region, as well as to parts of the Middle East,” it said.

Seizures of tramadol globally have surged from less than 10 kg in 2010 to almost 9 tonnes in 2013 and 125 tonnes in 2017, the report showed, adding that the problem was particularly severe in West, Central and North Africa.

Several West African countries have reported that tramadol is one of the most widely used drugs for non-medical purposes after cannabis, which remains by far the most popular globally, the report said, adding that reasons for using tramadol vary.

“Some consume tramadol for its calming, analgesic and anti-fatigue effects in order to improve intellectual, physical and working performances, and to lessen the need for sleep and decrease appetite,” the report said.

“In farming communities, there are reports of tramadol being used by humans and fed to cattle to enable them to work under extreme conditions. Others use tramadol as a recreational drug on account of its stimulant and euphoric effects, or to improve sexual stamina.”