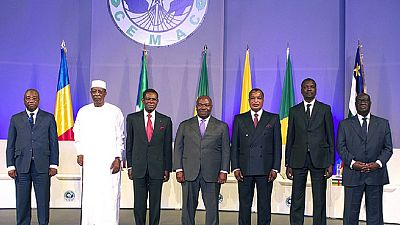 The creation engendered much hope in the sub-regional integration process of the Central African States, a region which had faced many challenges in the preceding thirty years.

The CEMAC, is one of the oldest regional arrangements in Africa, consisting of Cameroon, Central African Republic, Chad, the Republic of Congo, Equatorial Guinea, and Gabon.

we have invested more than 15 billion dollars in this particular region and our investment has paid off a lot.

The region has experienced low historical growth in per capita incomes, made limited strides in poverty reduction over the last several decades.

At the just concluded Africa Development Bank -(AFDB) Annual meetings held in Malabo, Equatorial Guinea, President of AFDB, Akinwumi Adesina said the bank is working on a Bridge that would link Congo Brazzaville to Congo Kinshasa a 500 million dollars project that would connect the region.

“The Central Africa region is a region we have continued to invest quite a lot, if you take a look at it, we have invested in this region more than 15 billion dollars in this particular region and our investment has paid off a lot because we invested in Central Africa fibre optic back bone which is now providing opportunities to be able to connect countries together. You look at the Central Africa back bone for Central Africa Republic it is actually making sure that in Central Africa Republic, the access to internet will grow roughly from 2.2 percent to 20 percent. Also in the DRC, where we have also done fibre optic, their access to internet will grow from 7 percent to 30 percent,” Adesina said.

He said for every single dollars invested in the region, the region benefits 36 dollars, meaning an investment return in 36 times.

AFDB’s Director General, Central Africa Region, Ousmane Dore said based on the assesment made, the Central Africa which is endowed by a huge potential of natural and human resources today is lagging behind other regions in Africa in terms of integration.

“Just measuring by the volume of intra-regional trade, this region has only 6% as an index of integration compared to, say 15% or an average of 17% in Africa. So the bank has taken note of that and as Director General in charge of the region, what we have been trying to do is design a strategy for regional integration. A strategy to guide our intervention in this region for the next seven years,” he added.

Linked partly by geography and partly by history, the economies of the CEMAC zone share a number of distinctive characteristics.

Regional integration can be a vehicle for overcoming these challenges and a force for improved economic prospects.

It may lock countries into policy reform, achieve economies of scale, and provide a unified forum for international negotiations.