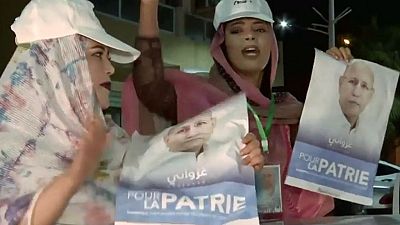 Mauritania’s ruling party candidate has been declared winner of the June 22 election winning 52% of votes cast and bagging a first round victory.

In the evening of Sunday June 23, the Independent National Electoral Commission (CENI) confirmed the victory of Mohamed Ould Ghazouani. He had been leading the results since polls closed.

Ghazouani had declared himself winner of the election hours after the close of polls forcing the opposition to accuse him and outgoing Ould Abdel Aziz of a “near coup.”

The opposition have since called for protests against the declaration of the elections body.

His nearest rival, Biram Dah Abeid, a prominent black Mauritanian slavery campaigner, got about 18%. Mohamed Ould Boubacar, who is backed by Mauritania’s biggest Islamist party, also got 18%, with support for the other two candidates in single figures.

The election was the first in the sparsely populated Saharan nation’s history since independence from France in 1960 to choose a successor to a democratically elected president.

Outgoing President Mohamed Ould Abdel Aziz surprised many of his compatriots and international observers by stepping aside after serving the maximum two five-year elected terms in Mauritania, a country of fewer than five million people comprising a large chunk of the western Sahara Desert.

His decision bucked a trend in which African leaders, including in Rwanda and Congo Republic, have changed or abolished term limits to cling to power.

Ghazouani, insider, former general and defence minister, has been heavily tipped to win from the beginning.

Ghazouani has campaigned on continuing economic and security progress made under Abdel Aziz, who since taking the helm in a 2008 coup, positioned Mauritania as an ally of the West against Islamist militants.

Under the leadership of the 62-year-old president, the economy has grown and will receive an extra boost when a large offshore gas field starts producing early next decade.

But President Aziz has been criticised for not facing up to the country’s most searing injustice: the persistence of slavery. Tens of thousands of black Mauritanians still live as domestic slaves, rights groups say, usually to lighter-skinned masters of Arab or Berber descent.

That is despite the practice being abolished in 1981 and criminalised in 2007, the year before Aziz took power.

Aziz has made pronouncements denying slavery is widespread.

Abeid, himself a descendent of slaves, has campaigned partly on this platform. He and other opposition leaders also sought to tap into youth anger at high unemployment.

Unlike some other regional Western allies, Mauritania has largely been spared reprisals by jihadist militants linked to al Qaeda and Islamic State, who have devastated neighbouring Mali and Burkina Faso. This, together with the fact that the region’s jihadists tend to make announcements through Mauritanian media, have prompted critics to conclude a tacit peace pact between them — a charge the government denies.

Documents seized from Osama bin Laden’s Pakistan hideout in 2011 indicated al Qaeda’s leaders had discussed among themselves the previous year a possible peace deal with Mauritania’s government that would involve prisoner releases and payments.

The government denied any such deal existed and has credited its success preventing Islamist attacks to intelligence work and rehabilitation of imprisoned jihadists. 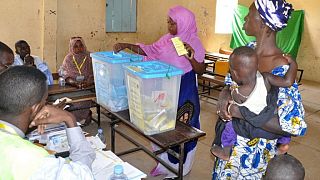 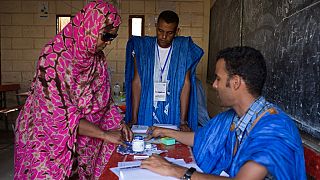