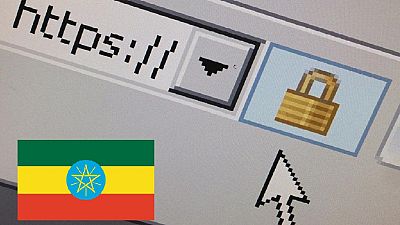 The connection in Ethiopia returned partially last Friday only for the disruption to be imposed again during the weekend into this week.

As at today, June 17, the BBC’s reporter confirmed that the situation was affecting many parts of the country. As at today, it’s been a whole week of unstable connection in the country.

When the connections are restored, they are usually sporadic reports have suggested. Text messaging remains inaccessible for the fifth day running.

The national exams for which the disruption is believed to have been imposed ends tomorrow (June 18), a journalist in Addis Ababa told Africanews late last week.

The government and operator, Ethio Telecom, have yet to address the issue – at least the reason for the outage.

Meanwhile, activists continue to slam the government over the measure with some sharing measures through which internet users could by-pass the system. Some have also mooted the idea of seeking judicial declaration on the issue.

Tweeps in #Ethiopia, please download Ooni app and run a test of your connectivity, its performance and share the results here. It is a documentaion. Internet connectivity is about the right for access to information. #KeepItOn. pic.twitter.com/5CLt3PEvVL

Reports and posts by social media users indicate that internet connectivity has been restored across Ethiopia on day four of an unexplained government shutdown.

The internet rights group, NetBlocks, were among the first to report of the outage on Tuesday (June 11). The cited a possible reason as an ongoing national exams for which authorities had blocked the internet around the same time in 2016 and 2017.

The said exam started this week and is expected to end next week Tuesday, a journalist in Addis Ababa confirmed to Africanews.

The government and state-run operator, Ethio Telecom, have not commented on the issue officially. An Africanews request for information has also gone unanswered.

On Wednesday, text messaging also suffered an outage as people widely reported of an inability to transmit messages. Despite the return of connectivity, SMS remains inaccessible.

Pro-democracy activists and journalists in the country have meanwhile chastised the government for turning off the internet in a time when reforms are being rolled out by the Prime Minister Abiy Ahmed-led government.

One activist, Atnaf Brhane, observed that the internet had been shut down for four times in the period that Abiy has been in charge, thrice for politico-security reasons plus the current one.

A selection of reactions

the federal gov enter in the Somali region to remove the president, Abdi Illy

As digital rights advocates are discussing different issues at #RightsCon in Tunis, #Ethiopia has shut the internet down for a forth day in a row. #KeepItOn pic.twitter.com/QcQs3TG0yx

Its been days since the internet went down in most parts of Ethiopia. The government kept mum so far & even more bizarre the only telecom provider, the EthioTelecom & the Ministry of Education have claimed no knowledge about it. So much so for the 'third diplomatic city' in world

Beka you just block the internet and think no one is affected by it ? office work and related businesses in the city ? really ? What about us who should submit things online ? don't you know there is this called deadline ? com'on now :-( #Ethiopia do something next time PLEASE

Internet shutdown not only violates human rights but also highly affects the economy. Four major shutdowns in just a year is not a good look for the new admin. You can't promise reform while you're up to same old tricks. #KeepItOn

Internet is back. I don't know for how long it would stay before it might go again. Government has not given clarification yet. The complete shutdown has affected our work a lot. #Ethiopia

I want Lawyers for Human Rights to start strategic litigation by pressing charges against #Ethiopia's government for shutting the internet for three days without legal mandate. #KeepItOn #RightsCon2019