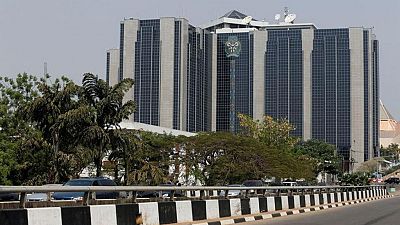 Nigeria’s central bank said on Friday it will close the bank accounts of firms caught smuggling into the country any goods for which access to foreign exchange has been restricted.

The central bank curbed access to dollars in 2015 for firms importing 43 items ranging from rice and soap to private jets and Indian incense in a bid to conserve foreign reserves and diversify the economy of Africa’s biggest crude oil producer.

But the currency restrictions accelerated the descent of Africa’s biggest economy into recession and fuelled inflation.

Once we discover that people are using illicit foreign exchange to import those items into Nigeria and smuggle them through the borders ... we have every right to close their accounts.

While Nigeria’s economy emerged from recession in early 2017, growth remains fragile and inflation has stuck above the central bank’s single-digit target for more than three years.

“Once we discover that people are using illicit foreign exchange to import those items into Nigeria and smuggle them through the borders … we have every right to close their accounts,” a central bank spokesman told Reuters.

President Muhammadu Buhari has made boosting the agricultural sector a key priority to cutting Nigeria’s import bill and in April the government announced plans to double manufacturing output to 20% of GDP within six years.

Buhari began his second term as president this month, weeks after re-appointing Central Bank Governor Godwin Emefiele for a second term. He has yet to set up his cabinet.

After imposing currency restrictions in 2015, the central bank introduced a multiple exchange rate regime which has masked pressure on the currency and helped to keep it stable.

The price of oil has gradually risen since the lows of 2015 which hit Nigeria particularly hard since it relies on crude oil sales for 90% of its foreign exchange.

Currency traders expect renewed pressure if oil prices fall below the country’s budget benchmark of $60 a barrel and foreign inflows into the debt market slow.