At least 2 killed as security forces break up demonstration 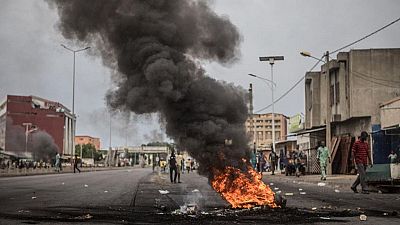 At least two people were killed on Saturday morning in Savè, in central Benin, as security forces tried to dislodge opponents, who have barricaded and blocked the national road since Tuesday, an elected official from the city told AFP.

“This morning (Saturday), a contingent of the Republican Police came to clear the roadblocks,” explained Timothée Biaou, the mayor of the commune. “There have been exchanges of fire between police officers and masked individuals. Seven civilians were received in the hospital and two people were killed.

“The situation was very tense again this morning, but as I speak to you, the road has been unblocked,” added Mr. Biaou.

This morning (Saturday), a contingent of the Republican Police came to clear the roadblocks.

“Since last night (Friday), traffic had been blocked. The hunters (armed demonstrators) had taken control of the road,” reported a witness to AFP. “There have been clashes between the military, police and hunters.”

“Saturday morning, there were two deaths: the first one around 10:00 a. m. was a motorcycle taxi and the second one was a teenager who had gone shopping,” said the witness.

“The road has been unblocked, but there is total panic. Many people have fled, the others remain at home,” added the witness, under cover of anonymity.

In this average commune in central Benin, the streets were deserted, the market empty, shops and businesses closed, reported AFP journalists.

A little further north, in Tchaourou, the commune of origin of former President Thomas Boni Yayi, the situation remains uncertain. The city was completely deserted after five days of clashes between opponents and the police.

The Minister of the Interior, Sacca Lafia, announced on Friday evening that “about thirty police officers had been wounded” in Tchaourou, “where small groups used handmade rifles and knives”.

The violence spread to Savè on Thursday when people tried to block the main national road to Chaourou to prevent access by a police contingent.

On 1 and 2 May, the day after the parliamentary elections in which the opposition was unable to stand, Mr Boni Yayi’s supporters took to the streets of Cotonou.

The army’s crackdown on demonstrations had already left at least four people shot dead according to Amnesty International and many wounded across the country.

Human rights NGOs have denounced the authoritarian shift of President Patrice Talon, elected in April 2016, in a country that has long been considered a model of democracy in West Africa.