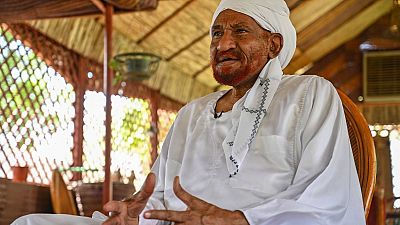 Sudanese opposition leader Sadek al-Mahdi called on Friday for an international investigation into the deadly of a sit-in of demonstrators in Khartoum in early June, after the ruling military refused such an investigation.

The US Assistant Secretary of State for Africa, Tibor Nagy, also called for investigation.

“The United States is convinced of the need for an independent and credible investigation” to establish the responsibilities for these “monstrous events,” Nagy said from Ethiopian capital Addis Ababa after a two-day visit to Khartoum.

The Military Council leading the country since the dismissal of President Omar al-Bashir on 11 April, acknowledged on Thursday that it had ordered the violent dispersion of a sit-in of thousands of demonstrators outside army headquarters in the Sudanese capital on 3 June.

According to a committee of doctors close to the protest, some 120 people have been killed in the crackdown since June 3, most of them in the dispersal of the sit-in. The authorities reported 61 deaths.

The repression took place after the suspension of negotiations between military leaders and protest leaders. The Military Council expressed regret that “errors have occurred”.

“An independent international inquiry should be launched” into the dispersal of the sit-in, Sadek al-Mahdi told AFP after conducting Friday prayers in a mosque in Omdurman, a nearby city in Khartoum.

“It is important that the investigation be impartial and not show bias in favour of the authorities,” added Mahdi, former head of government, who was overthrown by Bashir in a coup d‘état in 1989.

Mr. Mahdi’s al-Oumma party is part of the Alliance for Freedom and Change (ALC), a group of leading protest groups that are calling for a transfer of power to civilians.

The military leaders themselves refused such an investigation. “We do not accept (the idea of) an international commission of inquiry. We are a sovereign state,” General Chamseddine Kabbachi, spokesman for the Military Council, told journalists on Thursday.

While regretting the incidents of June 3, Mr. Kabbachi assured that the plan was only to clear an area near the sit-in but that “excesses” had occurred.

He said the military is conducting its own investigation, the results of which are due to be released on Saturday.

Faithful people present in the mosque visited by Mr. Mahdi on Friday expressed their frustration with the generals.

“The way the sit-in was dispersed was brutal and unacceptable,” said Salim Gebril, a university professor and member of the al-Ummma party.

The ruling generals “continue to say that they hope to reach an agreement (with the leaders of the protest) but their tone seems to indicate that they could take a different path,” he said.