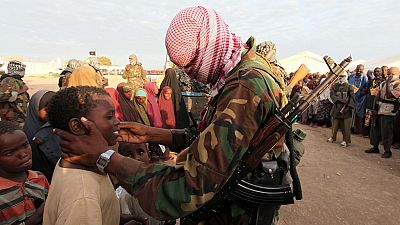 Nine civilians were executed on Friday evening by a local militia in Galkayo, central-western part of Somalia by suspected Al Shabaab Islamists, in retaliation for the murder of a local security official , police sources and local officials reported on Saturday.

According to these sources, the militiamen who executed the civilians suspect the inhabitants of the Rahanweyn clan living in the region of complicity with the Al Shabaab. Very angry after the shooting of a local intelligence official, militia members rounded up nine civilians and executed them on the outskirts of Galkayo.

“What happened is horrible, the heinous murder of nine innocent civilians in the southern part of Galkayo. All the victims belong to the same clan and the militiamen shot them in the same place after alleged Al Shabaab killed a local security official,” Mohamed Abdirahman, a Galkayo police official, told AFP.

Nine civilians were executed on Friday evening by a local militia in Galkayo, central-western part of Somalia by suspected Al Shabaab Islamists.

“This is an unacceptable act and we will bring the perpetrators to justice,” reacted a local customary chief, Hussein Dini.

“It seems that the militiamen acted in retaliation for the death of a security official they thought was the work of Al Shabaab belonging to the same clan as the (civilian) victims,” the traditional chief said. “Their murder is unjustifiable,” he added.

Witnesses reported to local media that the victims were randomly arrested in the streets and some in their homes and executed on the outskirts of the city.

Local officials have in the past accused members of the Rahanweyn clan of providing fighters to the Shebab and more generally of being responsible for insecurity in the region. The members of the local militia involved in the killing of civilians are Saad Habargidir, one of the Hawiye sub-clans, who are very active in the southern part of Galkayo.

Galkayo, located some 600 km north of the capital Mogadishu, straddles the border between the self-proclaimed semi-autonomous regions of Puntland and Galmudug. The city has been the scene of deadly violence in recent years between troops from both regions and also between rival clans occupying the north and south of the city.