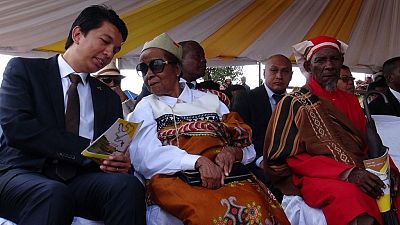 Malagasy President Andry Rajoelina is assured of winning the majority of seats in the next National Assembly, according to the full results published Saturday by the National Independent Electoral Commission (Céni).

Projections made by political parties on the basis of these results attribute 84 of the 151 seats of deputies to the Rajoelina-led coalition, compared to only 16 to his unfortunate presidential opponent’s party, Marc Ravalomanana.

The other 51 seats were won by candidates for the independent parties.

Malagasy President Andry Rajoelina is assured of winning the majority of seats in the next National Assembly.

Malagasy voters largely avoided the ballot box during the legislative elections on 28 May, with a turnout rate of less than a third of registered voters (31%).

“The results proclaimed assure us not only an absolute majority but also a fairly stable majority,” Pierre Houlder Ramaholimasy, the head of the president’s political affairs department, told AFP.

“This is such a disappointing result,” Fidèle Razara Pierre, one of the defeated candidates of Mr. Ravalomanana’s movement, conceded to AFP, “with 16 seats, we are even lower than the previous legislative elections where we obtained some” 21.

Five months ago, Andry Rajoelina won the second round of the presidential election in front of Mr. Ravalomanana after a very tense campaign. The second had accused the first of fraud but had finally acknowledged his victory, which was denied by the courts.

This absolute parliamentary majority gives the President the free rein to carry out the reforms promised in this very poor country in the Indian Ocean.

“The most important thing is that the President of the Republic will be able to work in complete peace during his term of office,” Pierre Houlder Ramaholimasy was pleased to say.

In the absence of a stable majority, the mandate of Rajoelina’s predecessor, Hery Rajaonarimampianina, had been shaken by numerous political crises that ended up being fatal to him. In 2018, his government had fallen after two months of street demonstrations.

“The 51 independent deputies can still play a major role during their term of office,” noted Fidèle Razara Pierre, “not to mention a possible explosion of Andry Rajoelina’s platform.

His coalition is made up of about ten parties that supported him during the 2018 presidential election.

The results proclaimed on Saturday by the Céni must be validated by the High Constitutional Court within a few weeks, once any appeals have been examined.