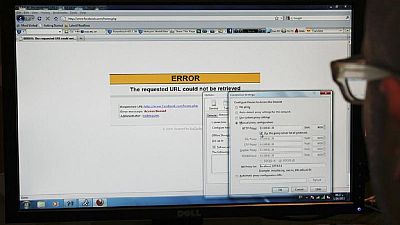 “Ethiopia remains offline for a fourth day, the current disruption in its third consecutive day, in an apparent bid to stop cheating during secondary school final exams — some 12% of connectivity has been left working;” NetBlocks said in a statement on Friday.

The shutdown of Thursday was not restored even temporarily as was the case on Tuesday and Wednesday. The NetBlocks report also shows that a 2% increase has been made on the available level of connection.

Update: #Ethiopia remains offline for a fourth day, the current disruption in its third consecutive day, in an apparent bid to stop cheating during secondary school final exams — some 12% of connectivity has been left working; incident ongoing #KeepItOn ?https://t.co/AZASjIdHLe pic.twitter.com/j7RwRhfNgo

What started on Tuesday with the total block of internet access in Ethiopia is in its third day, according to internet rights monitoring group, NetBlocks.

“Ethiopia is offline for a third day, with internet access cut again in an attempt prevent cheating during secondary school final exams — this time some 10% of connectivity has been left working; incident ongoing,” the group said in a tweet today (June 13).

Reports on Wednesday noted that the authorities had earlier restored access at a point before cutting the service later.

As of today, SMS service is also out the BBC has confirmed. SMS is a short text message sent between mobile phones or other electronic devices.

“Update: Connectivity was restored as of 12:30 p.m. UTC, but cut again hours later. A second shutdown which started in the evening has ended on 12 June at 6:30 a.m. UTC, however service is degraded to the point of being unusable,” Net Blocks reported as at close of day Wednesday.

Africanews’ request for information from the state-owned telecoms monopoly, Ethio Telecom, has yet to receive a response. The government has also yet to speak to the three-day internet cut.

In 2016 and 2017, the government imposed a blackout around this same period of the year as a measure to curb cheating in national exams. The justification has been to secure the integrity of the process.

More often than not, whiles the majority of the population have to live with no connection, diplomatic and international outfits and high-end hospitality outfits usually have connection.

Ethiopia is not alone in using this measure to curb exam cheating. Somalia recently employed a similar measure after a mass leakage of national exams questions led to a cancellation of the papers.

NetBlocks describes itself as a civil society group working at the intersection of digital rights, cyber-security and internet governance. Independent and non-partisan, NetBlocks strives for an open and inclusive digital future for all.