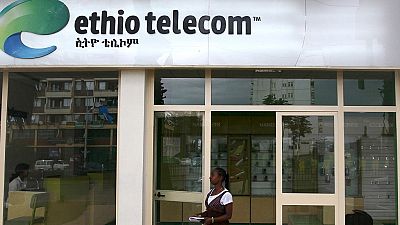 This is according to IT Web’s report that with over 57 million mobile subscribers as at November 2017, Ethio Telecom had beat MTN Nigeria to become Africa’s largest in terms of its mobile customer base.

“Ethio Telecom of Ethiopia is now the largest mobile operator in Africa in terms of subscriptions, with 57.34 million mobile subscriptions at end-2Q17.

“Ethiopia is also one of the very few African countries that has not liberalised its telecoms market and introduced competition, so Ethio Telecom has a monopoly,” a sector expert was quoted to have said.

The operator put its success down to an expansion drive that cost them over $1.6 billion in the last few years. The expansion they said contributed ‘an integral part in terms of customer base and infrastructure growth.’

“The expansion project has also significantly improved quality of services, with customers enjoying 3G wireless services by upgrading the 2G network across all regions covering all over the country; with also 4G LTE, super-fast services, launched in Addis Ababa.

“Over the past few years, ethio telecom has been transforming itself to meet its vision of becoming a world class operator and our journey so far shows we are on the right track,” a statement on its website read.