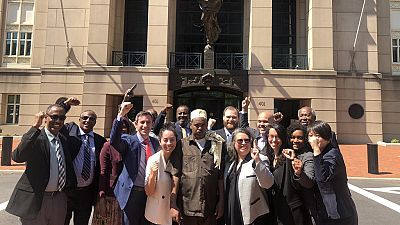 A court in the United States has found a former Somali military commander guilty of torture and awarded one of his victims damages to the tune of $1.5 million.

The Center for Justice and Accountability, CJA, a U.S.-based group that represented Farhan Warfaa said on Tuesday that the Virginia jury had found that Col. Yusuf Abdi Ali had tortured their client in 1987.

Warfaa, a semi-nomadic herder described the verdict of the court as a vindication of the excesses that he suffered along with others (in present-day Somaliland) at the hands of the commander Ali (alias Tukeh.)

In relaying facts of the case, CJA wrote: “Over the course of a three-day trial, the jury heard evidence that early one morning in 1987, Mr. Warfaa was rounded up with other men from his village and taken to the Military Headquarters of the Fifth Brigade of the Somali National Army, where Col. Tukeh held command.

“Miraculously, he survived. Over thirty years after that ordeal, Mr. Warfaa faced Col. Tukeh in a federal courtroom, and prevailed.

The incident happened under the regime of President Siad Barre specifically against members of the Isaaq community during the Somali civil war. Present-day Somalia continues to battle against Al-Shabaab insurgents.

Semi-autonomous Somaliland enjoys relatively better stability but has failed to attain international recognition 28 years after declaring independence from Somalia. Hargeisa has been under pressure to hold talks with Mogadishu.