Ramaphosa was widely expected to be retained as president by the 400 lawmakers in parliament’s National Assembly lower house, where his party holds the majority. He will be inaugurated on Saturday.

The ANC easily won South Africa’s May 8 general election, but its vote share fell to a post-apartheid low, reflecting anger at corruption and racial inequality still entrenched a generation since the former liberation movement took power.

Since replacing Zuma, Ramaphosa has pledged to fight corruption, reform struggling state-owned companies and revive a sclerotic economy. But he has struggled to enact reforms in the face of opposition from party rivals. 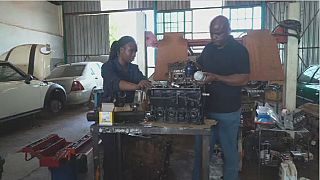