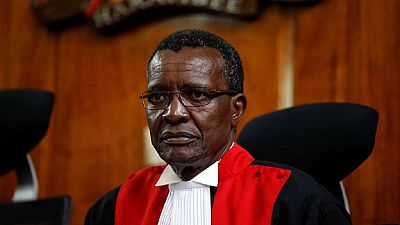 David Maraga, Kenya’s Chief Justice, wants current laws on consensual teenage sex to be changed to accomodate the realities of adolescence and growing up.

“There is an obvious injustice of filling up the jails with teenage offenders who get intimate with fellow teenagers as they experiment in their adolescence,” he said at a seminar in the capital, Nairobi, on Thursday.

The Sexual Offences Act in its current state criminalises consensual sex between teenagers. His views come at a time at a time when a legal proposal has been made to lower the age of consent from 18 to 16.

Three Appeals Court judges made the proposal in late March 2019. While reversing a 15-year-sentence for a man who impregnated a 17-year-old girl, they ruled that it was high time the country considered a revision of the Sexual Offences Act.

“Our prisons are teeming with young men serving lengthy sentences for having had sexual intercourse with adolescent girls whose consent has been held to be immaterial because they were under 18 years,” the judges ruled.

They further asserted that it is unrealistic to assume that teenagers and maturing adults do not engage in sex. The issue has become topical in the East African nation within the context of maturing children, morality, autonomy, protection of children and the need for proportionality in punishing sex offenders.

“We need to add as we dispose of this appeal that the Act does cry out for a serious re-examination in a sober and pragmatic manner.”

In most countries across the continent, children become adults at the age of 18, which bestows upon them privileges and responsibilities including voting, permission to drive, consume alcohol and consent to a sexual relationship.

In 2017, Tunisia raised the age of consent from 13 to 16, in reforms that also outlawed the practice of rapists evading jail time by marrying their victim who are minors.