Inside the mindset of women who abuse men! 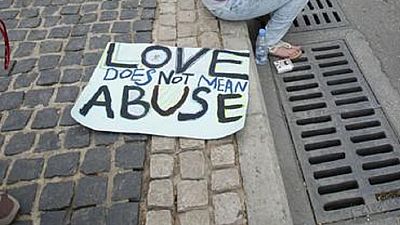 The world speaks of discrimination and violence against women and girls times unend especially in marriages.

Staggering statistics of these abuses, truly undeniable! But it’s interesting how shame and pride has blanket the emotional and psychological pain some men go through in the hands of abusive women across the world.

Imagine the confessions of a man mercilessly beaten, slapped, pinched, bitten, kicked by his wife; you may be quick to question, whether his testosterone levels need a ‘top up’.

Words are creations, it stimulate emotions and then subsequently produce productive or unproductive actions. Guard your words.

Some women in their quest to make up for the gab in strength, attack while these men are asleep or at their weakest moments of mental strength, perhaps overtaken by alcohol abuse.

Some even employ weapons and even cause damages to properties of these men.

Not to talk of some women’s constant nagging that creates ripples of emotional torture. How else won’t these actions be interpreted? Abuse goes beyond gender. It’s creepy.

Those with ‘courage’ report these cases. In Kenya and other parts of Africa for instance, hardly months go by without a case of women abusing men; even to the extent of murder!

Nearly 20 people per minute are physically abused by an intimate partner in the United States according to the National Coalition Against Domestic Violence.

During one year, this equates to more than 10 million people. One-third of women and one-fourth of men will have experienced some sort of interpersonal violence.

According to statistics by the Scotland police survey in 2017, almost 20% of reported cases of domestic abuse in Scotland involve male victims and the figures are expected to be higher due to the reluctance of men to speak up. Most prevalent in the 41-50 age group at 2,478 recorded cases.

Inside the mindet of abusive women

What could trigger such unusual social ‘misfit’, and scientifically proven deviation attributing 40 percent of physical strength to most women and 90 percent to men?

What could push a woman to rest such emotional and psychological load on a man?

Most of these women abusers are often triggered by the disrespectful and ill treatment of men, sharp tongues of some men, over controlling behavior, excessive jealousy, embarrassment, irresponsible and care free attitudes.

The feminine ego feels threatened when men refuse to show respect and accept that a woman is an important partner in the institution of marriage.

What keeps men away from reporting women abusers?

Being a man seem to come with some notorious challenges such as taming the ‘ego spirit’.

The feeling of shame primarily discourages men from reporting. Some men also feel bounded by religious walls that encourages people not to wash their dirty linen in public. Some men simply think they will not be believed especially when children are involved. But why not? Others also stay in the state of denial.

Change begins with you. ‘‘To every action there is an equal but opposite reaction’‘ says Newton’s third law of motion theory. An effort in changing your approach towards your wife by being fair and being attentive to the emotional and psychological dept of the words you use during every communication, can go a long way to save you from petty fights that degenerates into conflict.

Words are creations, it stimulate emotions and then subsequently produce productive or unproductive actions. Be kind and sincere in all your dealing; the human brain is sober and gravitate towards positive actions. You can make this marriage work!