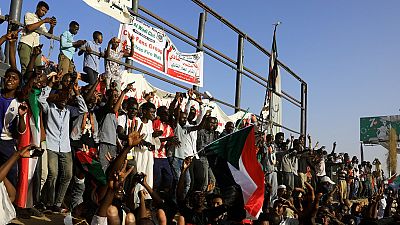 Sudanese opposition leaders behind the protests that drove President Omar al-Bashir from power last month on Thursday criticized the ruling military council for suspending negotiations with their representatives over a peaceful transfer of power to civilian rule.

The suspension dashed hopes of a speedy final deal between the military and the protesters that could resolve a standoff underway since the military ousted and arrested al-Bashir amid months-long protests against his 30-year rule.

The negotiations were suspended just hours after both the military council and the protesters announced on Wednesday they had made significant progress in their talks.

“The suspension of negotiations is an unfortunate decision and does not respect the progress reached during negotiations,” said a statement issued by the Sudanese Professionals Association, which has spearheaded the protests against al-Bashir since December.

After the military ousted al-Bashir and took over the country, the protesters remained on the streets, demanding that the ruling generals hand over power to civilians right away. There have been several deadly incidents of violence at the sit-ins, including at the main protest site outside the military headquarters in the capital, Khartoum.

Ahmed Rabie, an SPA leader, said “the decision actually came as a surprise” to the opposition and warned that the military is likely making “an attempt to retract what had already been agreed upon.”

The two sides have been holding negotiations and after weeks of disagreement, announced on Wednesday they had agreed on the make-up of an interim parliament and a Cabinet for the transitional period, which is to last three years.

The sticking point in the talks remained the makeup of the sovereign council that is to guide the nation through the transition, and the extent the military would have in that council.

In a televised speech on Thursday, Gen. Abdel-Fattah Burhan, the head of the military council announced that talks were suspended for three days.

He also accused the protesters of “provoking and insulting” the armed forces, disrupting life inside the capital, Khartoum, by blocking roads and bridges and allowing “armed elements” into their sit-ins.

Burhan warned that all barricades outside the main sit-in would be removed and roads would be reopened.

Violence erupted again near the sit-in outside the military headquarters in Khartoum on Wednesday evening, leaving fourteen wounded, according to Sudan’s Doctors’ Committee.

On Monday, similar clashes left five dead, including an army officer, and more than 200 wounded. Opposition leaders blamed the attacks on forces loyal to al-Bashir and held the transitional military council responsible for protecting protesters.

“We do not accept random and brief statements that accuse our revolution of not being a peaceful one,” read the SPA statement. “We are asking for an immediate investigation into the massacre that took place on Monday.”

The group vowed to continue their sit-in and rallies in order to “expose and oust all counterrevolutionary forces.”

“As for us, we know quite well what we want and we are going after it,” said Rabie, the SPA leader. “We want a civilian government.”