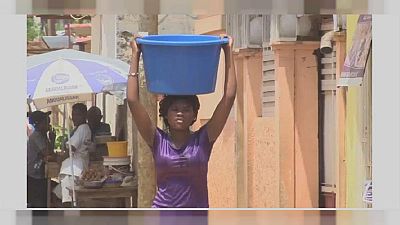 A severe drought in Angola has plunged 2.3 million people into a food security crisis with thousands of children being treated for malnutrition, a report compiled by the United Nations children’s fund UNICEF said.

It said there had been an inadequate response after below-average and erratic rainfall.

Angolan President João Lourenço declared a state of emergency in January, but UNICEF said the response has been hampered by a lack of funding. The organisation’s own action plan for Angola has secured only 28 percent of its intended funding, it said.

Angola’s presidency did not immediately respond to a request for comment.

In the southern province of Cunene, on the border with Namibia, the number of people in need of humanitarian assistance has more than trebled from around 250,000 in January to 850,000 in March, the report said.

Across the oil-producing country, which has been plunged into an economic crisis since the price of oil fell in 2014, nearly 500,000 children are at risk of being without sufficient food.

Around 2,500 children under five were treated for severe acute malnutrition between January and March in the provinces of Lunda Norte, Huila, Cunene, Bie and Namibe, the report said.