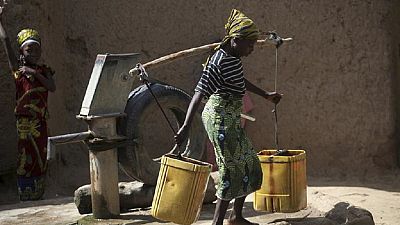 After serving his expatriate employers for decades, a Nigerian gateman turned down the offer of a house as parting gift. He opted for a bore-hole to be built back in his village.

This is the story of Musa Usman, who asked his Indian boss in Lagos to build a bore-hole in his village of Giljimmi, located in the northern Jigawa State.

The Daily Trust news portal said Usman continues to live with his family in a thatched house whiles his gesture has saved the community that hitherto suffered acute water shortage.

His boss, Managing Director of a Lagos-based pharmaceutical company had offered the gift of a house for Usman’s diligence having served him for twenty-five years. He is quoted as saying he did not regret opting for the communal good over his personal gain.

Arid conditions in vast areas of Nigeria’s predominantly Muslim north has left lots of people without water. Some people have to trek for miles to get access to portable water.

The issue of access to water and grazing was at the heart of deadly communal clashes concentrated in Nigeria’s middle belt over the course of 2018. Thousands were killed when farmers and herders clashed over what was said to be a battle over dwindling natural resources.