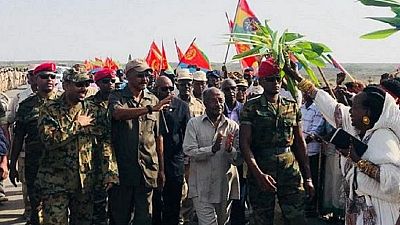 In less than a year since the two countries made peace, Eritrea has shut all border crossings with neighbouring Ethiopia, according to reports.

The final route to be blocked according to the DW Amharic service was the Bure – Assab crossing which was opened only last December. The Afar region communication bureau confirmed the report adding that the closure was only on the Eritrean side.

The last time a border closure was reported was in December 2018 with the particular crossing point located in the Tigray regional state. A regional spokesperson said at the time, “The restrictions have only been imposed on the Eritrean side. We did not receive any prior notice.”

The Serha-Zalambesa crossing was opened in September 2018, coinciding with the Ethiopian New Year, after the countries agreed to remove their troops as part of a reconciliation process.

A spokesman for Ethiopia’s Foreign Ministry at the time told reporters that he had no information about any border restrictions. Eritrea government has routinely not responded to reports.