Lead activists in Sudan, the Sudanese Professionals Association (SPA) on Saturday postponed a planned announcement of a civilian-led transitional team.

SPA alerted on Friday that it was due to announce a team that will be taking over from the transitional military council, TMC, that seized power from president Omar al-Bashir.

Their tweet on Friday stated: SPA and allies invite the people of #Sudan, national, regional and international media channels and diplomatic missions to attend a press conference on the 21st of April (7.00 p.m.) at the Army HQ sit-in to announce the civil transitional government.

The TMC currently led by Abdulfattah Burhan has been under increasing pressure from the protesters and diplomatic community to hand over power to a civilian-led transitional team.

After ousting Bashir on April 11, the military announced the suspension of the constitution and slated a 24-month transition period.

Bashir was detained and transferred to a maximum security prison located in the capital Khartoum earlier this week. Two of his brothers have also been detained in what the military said were efforts to uproot symbols of the regime.

Friday marked four months since the first protest was triggered in response to a government decision to triple the price of bread. The December 19, 2018 protests defied a state of emergency and repressive security measures. 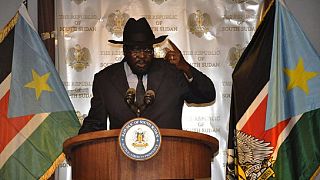 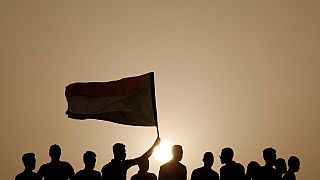