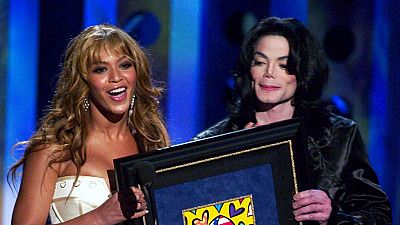 Nigerians are flatly refusing to entertain any comparison between Michael Jackson and Beyonce with majority of Twitter users calling the move a misnomer.

How did it come up in the first place? A Twitter user with the handle @MakiSpoke, posted how Beyonce is the greatest female entertainer of all time and that with her current strides would be the greatest ever by the time she is done.

Another user agreed but added that Beyoncé might have to share the greatest ever accolade with Michael Jackson, MJ. @MakiSpoke responded that she even thought Beyonce was greater than MJ.

Then the first hard rebuttal came. In responding, @MakiSpoke clearly spelled out her position that Beyonce was the better of the two. “Nobody compares!” she stressed.

Let me make sure I say this loudly and clearly in case you’re still confused:

Beyoncé Knowles is THE greatest entertainer of all time. She’s a GREATER entertainer than Michael Jackson, The Beatles, Elvis, Madonna, Prince, Whitney Houston, you name it!

It turns out that 24-hours later her views gained so much traction that Nigeria’s social media space was all about the two artists – with Michael Jackson in a long lead as the greatest of all time – even in death. @MakiSpoke has stuck to her views in follow up tweets.

Add you own. Let’s all turn reality on it’s head.

Beyoncé will walk in Okokomaiko or Hadejia and some people will recognize her as she walks along. Even today, Michael Jackson will be mobbed in every corner of every forgotten village of the world. Don’t make silly comparisons. Stan your love, but don’t be silly about it!

Michael Jackson didn’t die for some ’94 kids to compare him with Beyonce.

How can a sensible person compare Beyoncé to Michael Jackson ? What have you people been drinking lately ??‍? Michael Jackson that people are always fainting for left and right ? He was more popular without Spotify, SoundCloud and Instagram. Let us respect the dead please

Beyonce has sold 17.2 million albums [in internet age]. Michael Jackson sold over 750 million albums. MJ’s Thriller alone sold 66 million copies. No one is yet to dethrone King Michael, even in death.

How dare you compare Beyonce to Michael Jackson? You’ll only do that when you have never known that the King of Pop sold millions of these across the globe without the help of YouTube and social media. pic.twitter.com/SSTviFgHca

Michael Jackson reached the world without the power of the social media. Michael Jackson got people falling under the anointing of his stage performances. Michael Jackson’s videos were more than just videos. He did all that only for someone to compare him to Beyoncé

Cocaine is very dangerous for your health

The World Health Organisation says the side effects of Cocaine are

The only proof you will ever need to stop the baseless comparison between Michael Jackson and Beyonce.

Watch and tell who is the greatest after this. pic.twitter.com/dlm8Czy2bv

Beyoncé always loved and respected Michael Jackson. She always saw him as her hero and inspiration, saying she wouldn‘t be where she is if it wasn‘t for him. She would be disappointed seeing how some of her fans talk about him. Stop comparing them and respect both. pic.twitter.com/7WrjdNgnjG