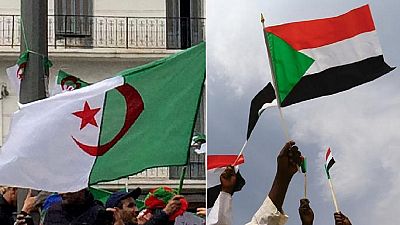 It has been a huge last ten days for African politics with fifty years of presidential rule between two leaders grinding to an end with striking similarities.

Abdulaziz Bouteflika of Algeria would perhaps be the most shocked by the turn of events given that all was “well” not necessarily with him but with his ambitions to continue in office.

In the case of Omar al-Bashir, political watchers had stressed that it was only a matter of how much longer he could hold on especially given the dogged nature of the opposition he was facing.

The two men fell to a common opponent – popular protests that had very little political involvement. In each case, concessions at different points might have emboldened the protesters.

The two leaders were also nudged by the army by and large. Bouteflika’s fate remains known as is that of the political future of Algeria – the country has an interim president and a July 4 date for the first post-Bouteflika vote.

In the case of Sudan, watchers say the real hard work is yet to begin with the military’s 48-month transition period rejected by activists. International pressure is mounting for a quick return to civilian rule, the next few days will be crucial, one analyst told Africanews.

Highlights of Bouteflika’s 20-year-rule in Algeria

Inside Al-Bashir’s 30-year presidency of Sudan